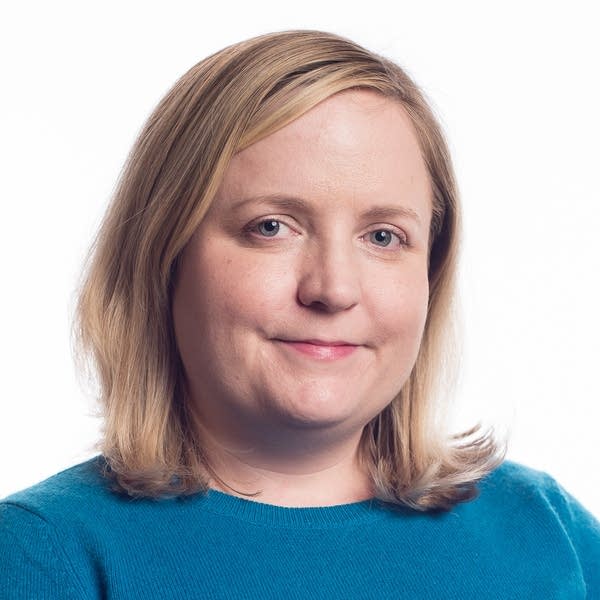 Madeleine Baran is an investigative reporter for APM Reports and the host and lead reporter of the podcast In the Dark. Baran's work focuses on holding powerful people and institutions accountable. Her reporting for In the Dark helped lead the Supreme Court to overturn the conviction of a Black man on death row in Mississippi. Her reporting has exposed racial discrimination by prosecutors, a decades-long cover-up of clergy sexual abuse in the Archdiocese of St. Paul and Minneapolis, failures by police to investigate crime, and unchecked violence in state-run mental health institutions. Baran's reporting has also appeared on NPR and has been cited by the New York Times. Baran has received numerous national awards for her reporting, including the Alfred I. duPont-Columbia Award, regarded as the Pulitzer Prize of broadcasting, the George Polk Award, three George Foster Peabody Awards, and the Robert F. Kennedy Journalism Award. Baran received her master's degree in Journalism and French Studies from New York University.

For 21 years she regularly visited her son in Parchman prison and never gave up hope he'd be exonerated.

Sanner, who led Wetterling investigation, has not apologized to Rassier, and has said he stands behind his actions as sheriff for 14 years. He hasn't commented on the lawsuit.

Update from Episode 8: The man falsely suspected of killing a police officer claims his constitutional rights were violated.

It took nearly 27 years to solve a notorious child abduction. Why?

Reporter Madeleine Baran, host of the podcast In the Dark, writes the story of how the 1989 abduction of Jacob Wetterling in central Minnesota baffled local, state and federal investigators for years. In four chapters, she reports why it shouldn't have.

He was convicted of sexually assaulting four boys around the time Jacob was abducted.

He was detained in connection with the 2012 shooting of a Cold Spring police officer, but later declared not a suspect.

He is convinced the Stearns County Sheriff's Office hasn't looked hard enough for his son, who disappeared 14 years ago.

Just days after the shotgun killings of Alice Huling and three of her children, he was interviewed by Stearns County sheriff's deputies and then let go.

Sex-offender registries: How the Wetterling abduction changed the country

The number of people on the nation's sex-offender registries has exploded to hundreds of thousands. But researchers question the registries' effectiveness, note their inconsistencies and suggest they might be doing more harm than good. Even Patty Wetterling has changed her views.

Child kidnappings that captured our attention

They don't happen often, but when they do, child abductions by strangers can capture Americans' attention like few other crimes. A look at notorious kidnappings over the past century and a half shows how attitudes have changed.

In a trap: What it means to be a 'person of interest'

The police twice used the label "person of interest" in the Wetterling case. It's an imprecise term that stops short of calling someone a suspect but can leave a person in a long-term limbo.

Years after the abduction, when he finally told the police of his actions that night, investigators took a different tack.

He turned the focus of the Wetterling investigation to Dan Rassier, only to have one of the first suspects in the case, Danny Heinrich, confess.

The questionable science of tire track and shoe print analysis

They can rule out a suspect, but shoe prints and tire tracks in the dirt lack solid standards for use as forensic evidence.

Investigators in Jacob Wetterling's disappearance used lie detectors "a lot," one of them says. But some research suggests they're not much more reliable than flipping a coin.

Wetterling investigators used hypnosis to prod memories, but some experts fear the process can cause people to remember things that didn't happen. So while it may help investigations, courts have been wary to accept it as evidence.

'What was done was what we could do'

Early on, investigators circulated a number of police sketches, hoping they would generate better leads in Jacob Wetterling's abduction. But sketches can be tricky and lead potential witnesses down the wrong path.

Abducted months before Jacob, he tried for years to find his kidnapper.

DNA and the Wetterling abduction

DNA profiling has grown up since the Wetterling abduction, becoming both more powerful and, sometimes, as much art as science. It played an important role in shaping the case against the man who led authorities to Jacob's remains.

More than anyone else, she has been the face and voice of the search for Jacob.

He called 911, then gradually was pulled into massive investigation.