After nearly nine years of appeals of his sixth trial, Curtis Flowers finally had his case argued before the U.S. Supreme Court. At issue was whether DA Doug Evans tried to keep African-Americans off the jury in the 2010 trial. Flowers wasn't at the Supreme Court — he remains on death row in Mississippi — but the In the Dark team was. This is what we saw.

At top: A rendering of Curtis Flowers' lawyer, Sheri Johnson, arguing before the U.S. Supreme Court on Wednesday, March 20. Sketch by Wm J. Hennessy Jr.
'WE CAN'T TAKE THE HISTORY OUT OF THE CASE'
Justice Brett Kavanaugh may be key to freeing Curtis Flowers

The newest and perhaps most controversial member of the U.S. Supreme Court, Brett Kavanaugh, appeared to side heavily with lawyers for Curtis Flowers during oral arguments Wednesday morning, in a case that centers on racial discrimination in jury selection.

The emphatic questions from Kavanaugh, who joined the court in October after a divisive confirmation process, indicated that a majority of the justices will likely vote to set aside Flowers' conviction and death sentence, handed down by a jury of 11 whites and one African-American.

Flowers' attorneys contend that his rights were violated when District Attorney Doug Evans struck African-Americans from the jury at Flowers' 2010 trial, his sixth for the 1996 murders of four people at the Tardy Furniture store in Winona, Mississippi.

The justices' decision will turn on whether they think the Mississippi Supreme Court, in denying Flowers' appeal, correctly applied the 1986 ruling in Batson v. Kentucky, in which the nation's highest court ruled that removing people from juries because of their race violates the Fourteenth Amendment.

The full transcript of oral arguments in the Curtis Flowers case, with analysis, context and fact-checks from our team of reporters. 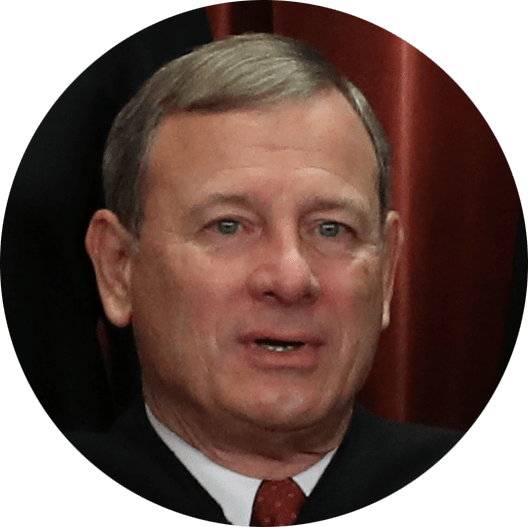 We'll hear argument this morning in Case 17-9572, Flowers versus Mississippi.

The court is smaller than you'd expect. Every seat was filled. There are carved friezes along the top of the walls and the ceiling is patterned with inlaid flowers in red, blue, gold and white. And in the front, the justices sit in nine high-backed, black leather chairs. Behind them are thick marble columns and red drapes with gold fringe hanging from floor to ceiling.-Madeleine Baran 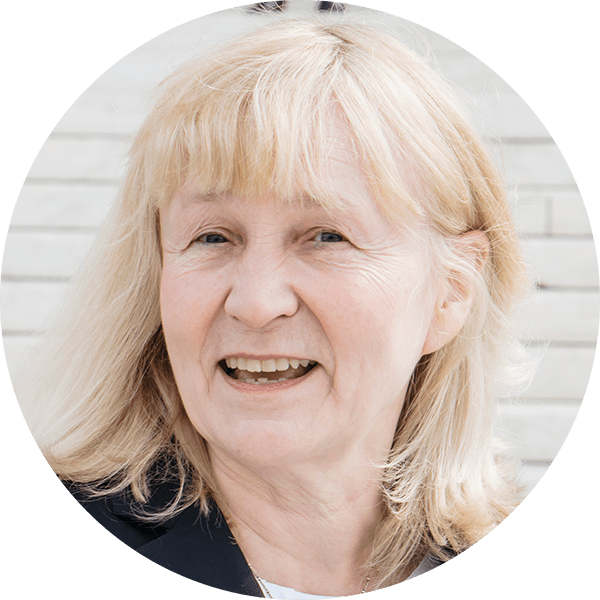 Mr. Chief Justice, and may it please the Court:

The only plausible interpretation of all of the evidence viewed cumulatively is that Doug Evans began jury selection in Flowers VI with an unconstitutional end in mind, to seat as few African American jurors as he could.

A strong opening from Flowers' lawyer, getting right to heart of her argument: that Doug Evans intentionally discriminated. -Parker Yesko

But these numbers do not stand alone. Mr. Evans was twice found to have discriminated on the basis of race in the exercise of his peremptory challenges against African American defendants in trials of the same case against the same defendant.

In Flowers' second trial, Evans struck a black prospective juror because, according to Evans, he'd been sleeping during jury selection and was part of a gang. Neither claim turned out to be true. The trial judge ruled that Evans had struck the man because of his race and ordered him back on the jury.

And then after Flowers' third trial, in which Evans used all 15 of his peremptory strikes against black prospective jurors, the Mississippi Supreme Court found that Evans had discriminated in jury selection. The court called Evans' actions "as strong a prima facie case of racial discrimination as we have ever seen" and threw out Flowers' conviction. -WC 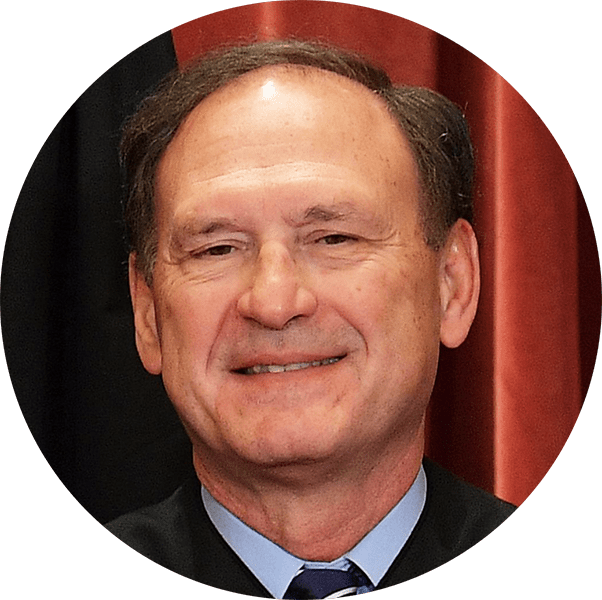 The history of the case prior to this trial is very troubling, and you've summarized that. And it is — it is cause for concern and is certainly relevant to the decision that ultimately has to be made in the case.

A remarkable opening from one of the most conservative justices on the court. An early indication there's at least some agreement across the ideological spectrum on a fundamental premise of Johnson's argument. Flowers needs five votes to win. If he can convince one of the Republican-appointed justices, then he stands a good chance of seeing his conviction reversed. -PY

This case is all about whether the Mississippi Supreme Court properly applied the Batson ruling when it denied Flowers' appeal in 2017.

Batson refers to the landmark 1986 Supreme Court decision in Batson v. Kentucky, which found that it is unconstitutional to strike jurors because of their race.

The Supreme Court is a notoriously secretive place, so no one knew exactly how oral arguments in the case of Curtis Flowers would unfold on March 20. After listening to 54 minutes of legal debate, those in the packed courtroom reclaimed their wireless devices from the press area and public lockers, and emptied onto the streets of Capitol Hill. Then the tweeting began.

The consensus seemed to be that Flowers' lawyer, Sheri Johnson of the Cornell Death Penalty Project, had handily defeated Jason Davis, the assistant Attorney General from Mississippi, who'd been sent to the nation's high court to defend District Attorney Doug Evans' handling of Flowers' 2010 trial.

The headlines were about Justice Brett Kavanaugh's emphatic defense of Batson, the 1986 ruling that made it unconstitutional to strike jurors on the basis of race.

The newest and perhaps most controversial member of the U.S. Supreme Court, Brett Kavanaugh, appeared to side heavily with lawyers for Curtis Flowers during oral arguments this morning. https://t.co/UHfnttcd9s

In the Dark host Madeleine Baran was struck by the support that most of the justices showed for Johnson's argument. It wasn't just Kavanaugh who appeared to be disturbed by Evans' record of striking many black prospective jurors over the course of six trials. At points, even Justices John Roberts and Samuel Alito expressed dismay at Evans' history in the case.

The lawyers for both sides & justices across the liberal-conservative spectrum agreed that the history of the prosecutor matters. Many justices were struck that it was the same prosecutor who tried the case 6 times and that there had already been 2 Batson violations in the case.

For Flowers to prevail, he needs at least one of the more conservative justices to side with him. That almost certainly will not be Justice Clarence Thomas, who broke three years of silence on the bench to pose a question. Thomas grabbed the headline in the New York Times:

Full story on the Curtis Flowers argument, which was interesting throughout. Justice Kavanaugh continues to be a big fan of Batson. And Justice Thomas asked his first questions in three years. https://t.co/i6bHfaoIzU

Many people remarked at how Justices Sonia Sotomayor and Alito grilled Davis about why his office, headed by Mississippi Attorney General Jim Hood, hadn't stepped in to take the case away from Evans years ago.

The lawyers on both sides were silent about the arguments on social media. So too were the Mississippi Attorney General's office and Evans. But people in-the-know were ready to call the case in favor of Flowers, including reporters who cover the Supreme Court day in and day out ...

... for the Associated Press,

Supreme Court likely to side with black Mississippi defendant over exclusion of African-Americans from jury. Justice Thomas surprises courtroom by asking 2 questions

Thomas mania notwithstanding, the substantive takeaway from the argument is that a majority of the court is poised to rule for Flowers. If so, then the question is how much the court will say about jury selection for future cases in the process. https://t.co/kgL1bpXjgz

In the Dark reporters also checked in after the hearing with several people familiar with the case to see how they thought the justices might split.

"The over-under would be 6-3, unless something comes up during deliberations to upset the applecart," said Garrett Epps, a law professor at the University of Baltimore who covers the Supreme Court for The Atlantic.

"I try not to predict based on oral argument alone but, that said, it is hard for me to see why the court granted this case at all unless there are at least four votes to reverse," Epps said. "Based on the comments, I would say that Justices Alito and Thomas are definite affirms; Gorsuch is leaning to affirm; and Chief Justice Roberts and Justice Kavanaugh are leaning to reverse."

"Finding out where Kavanaugh seemed to be positioned basically gave a sense that there were enough votes for Mr. Flowers," said Chris Kemmitt, an attorney at the NAACP Legal Defense Fund, who authored a friend-of-the-court brief in support of Flowers' case.

"There are multiple justices who didn't exactly declare their thoughts, so you could imagine a range of different scenarios. If forced to take an exact vote breakdown, I think I would pick 7-2 or 8-1," Kemmitt said.

Yale Law School professor Stephen Bright also thinks Johnson may have helped deliver a landslide victory for her client. And he's been in her shoes. Bright successfully argued the last two Supreme Court cases that set precedents on race discrimination in jury selection.

"Who won? Flowers and the black jurors that were struck," Bright said. "I would expect the Court will decide for [him], 7-2. ... I would not be surprised if Kavanaugh writes the opinion."

A ruling is expected before the end of the court's term in late June or early July.