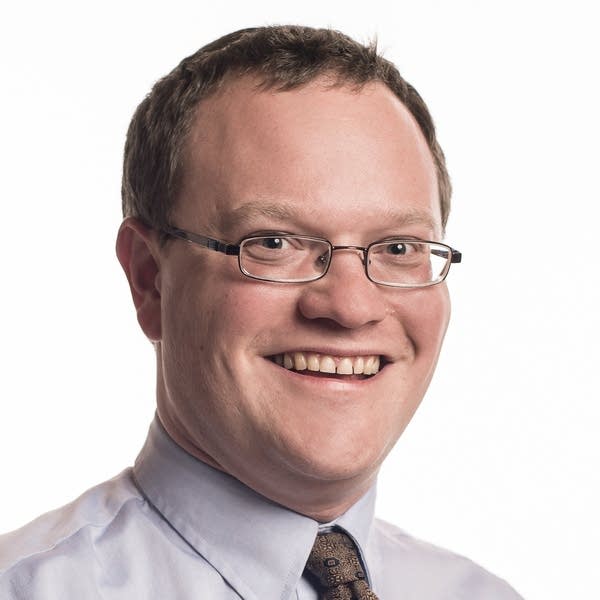 Curtis Gilbert is a correspondent for APM Reports. His recent reporting has focused on the training and psychological screening of police officers. Along with his colleague Tom Scheck, he produced a series of stories in 2016 that led to the closure of the largest privately run juvenile correctional facility in Minnesota. He also contributed to the Peabody Award-winning podcast In the Dark. Prior to joining APM Reports, he spent more than a decade at Minnesota Public Radio News, where he reported on state and local politics and produced both regional and national radio programs. In addition to his work in audio journalism, Curtis has also won three regional Emmy Awards for a series of viral web videos designed to demystify complex issues in the news. In 2007, he was one of 10 American journalists awarded an Arthur F. Burns Fellowship, which allowed him to spend two months reporting at Deutsche Welle in Bonn, Germany. Curtis is a graduate of Macalester College. He grew up in rural central Maine and now lives with his wife and son in St. Paul, Minnesota.

What happened at Minneapolis' 3rd Precinct — and what it means

Faced with angry, violent protesters after George Floyd’s death, Minneapolis city leaders made the unprecedented decision to abandon a police station. It marked not only the further erosion of the department’s relationship with the community, but perhaps the beginning of a shift in American policing.

Atlanta cop who killed Rayshard Brooks had prior controversial shooting

Officer Garrett Rolfe was involved in a questionable and bizarre 2015 incident.

State health officials in Washington and California are scrambling to create mechanisms for hospitals to report their Covid-19 patients in real time.

A state commission spent two years investigating the 2016 death of Phil Grenon, who was killed by officers after a Taser failed to subdue him.

It's a small amount of money for a former Houston officer, though a rare settlement for Axon, which faces a similar claim in New Orleans.

With its preferred juvenile correctional facility closed, Hennepin County has increased out-of-state placements 42 percent and some kids are landing in places with troubled histories.

Tasers are less reliable than their maker has claimed. The results can be deadly

Tasers have become an essential tool for police, but how effective are they? An APM Reports investigation finds that officers in some big cities rated Tasers as unreliable up to 40 percent of the time, and in three large departments, newer models were less effective than older ones. In 258 cases over three years, a Taser failed to subdue someone who was then shot and killed by police.

The other suspects: Who law enforcement did and didn't investigate in the Tardy Furniture murders

What an Alabama crime spree might reveal about the Curtis Flowers investigation.

The city's police department has hired a new psychologist to improve the way it screens recruits after an APM Reports investigation revealed that its procedures didn't meet national standards.

Minneapolis police recruits get less psychological testing than they used to

The protocol is less rigorous than best practices nationally and the evaluator lacked the proper license. Police leaders are moving to replace him for another reason: They believe he screened out too many minority candidates.

Rural America, which supported Trump in the election, could be left out of water and road building investment as states and the president leverage private investment. Trump's plan offers little detail on federal spending and timing. Adding to the uncertainty, a presidential adviser has indicated that states should help themselves.

In 34 states, training decisions are left to local agencies. Most, though, conduct no, or very little, de-escalation training. Chiefs cite cost, lack of staff, and a belief that the training isn't needed.

A flawed, confused system prevents judges, social services officials and guardians from discovering critical information about the condition of the residential treatment facilities regulated by the Department of Corrections. Mesabi Academy, scheduled to close next month, is a case study. Since opening in 1998, the juvenile correctional facility had been seen as a reliable jobs provider, receiving subsidies from government and tens of millions of dollars in loans from its parent. But attempts to sustain the business may have compromised resident and worker safety.

The parent company of an Iron Range juvenile residential treatment center said it planned to close the facility by the end of next month. The decision came after several counties pulled residents and the state froze new admissions, actions that followed several APM Reports stories about Mesabi Academy.

The Minnesota Department of Corrections said the juvenile corrections facility agreed to suspend new admissions while an investigation proceeds into allegations of maltreatment.

DFL Sen. David Tomassoni, who represents the area that is home to Mesabi Academy, says agencies pulling boys from the facility are endangering jobs.

The Minnesota Department of Human Services is removing five boys it has jurisdiction over at the Iron Range residential treatment facility Mesabi Academy. It also told other states with boys there of its action.

Ramsey County to remove all youth from Mesabi Academy

Ramsey County officials said Monday they would pull the remaining 21 boys the county's courts have sent to the private correctional facility in Buhl, Minn. The action follows similar steps by Hennepin County on Friday and comes a week after APM Reports published results of an investigation into the facility, Mesabi Academy.