A lot has changed since Mesabi Academy's closure in 2016.

To be sure, it's had a lasting impact on the boys who went there, the counties that sent children to the facility, the people who worked there and the government agencies tasked to oversee residential treatment facilities.

It's also brought some conflicts.

A lawsuit against Mesabi Academy's parent company, KidsPeace, is nearing a settlement, according to an attorney representing the plaintiffs.

The plaintiffs, who include boys who lived at Mesabi and some of their parents, claimed that the children were physically and mentally abused. KidsPeace neglected its duty to care for the boys, according to the complaint, and didn't "exercise ordinary care in hiring and supervising" staff that assaulted the boys.

A spokesman for KidsPeace said they don't discuss ongoing litigation. In a court filing, the company denied the allegations and said any contact made with boys was "undertaken either to protect staff or protect other residents from the actions" of the boys.

Here's a look at some other developments and changes since the closure.

Where did the kids at Mesabi go?

When Hennepin and Ramsey counties pulled more than 40 boys from Mesabi in 2016, the judges overseeing their cases released many of the children into their parents' custody. Others were reassigned to other facilities.

It's hard, however, to determine what happened with every child who was sent to Mesabi Academy — most juvenile court records are private.

In a review of Mesabi Academy's football and basketball rosters from those years, more than half of the boys have been charged with a crime after leaving Mesabi, according to records. A quarter are either in prison or have already spent some time in prison.

Among the former residents is 21-year-old Ayuub Ali, who played football and basketball at Mesabi Academy in 2015 and 2016.

The Minnesota Department of Corrections said Ali is living in the Minnesota Correctional Facility in Faribault and anticipates he'll be released from prison next March. Ali is one of 17 plaintiffs suing KidsPeace.

Jacob Torblaa and his family were among the first to complain about conditions at Mesabi Academy. Jacob, a 22-year-old with schizophrenia, was sent to the facility even though he never committed a crime.

Lisa Torblaa, Jacob's mother, complained about the conditions at Mesabi in 2015 after seeing unusual marks on his back. Less than two months later, the facility sent him to doctors in the Twin Cities, claiming it could no longer manage him.

After a psychiatrist at the University of Minnesota reduced Jacob's medicine and dosages, he was sent home.

Jacob lives at home with his mother, works part-time through the Becker County Development Achievement Center, continues to do respite care and volunteers at the local pet store.

Torblaa is a plaintiff in the lawsuit against KidsPeace. Lisa isn't sure how much money she would receive from a legal settlement. She said they'll take a few trips and save for Jacob's future needs.

While Jacob's time at Mesabi was traumatic, Lisa said the experience has been a turning point for their family.

She started working as a program coordinator at Divine House, a group home for people with disabilities. Jacob's sister also works as a social worker — a career decision she made after learning of Jacob's struggles at Mesabi Academy.

"Before I was like, 'Why did this happen to Jacob?'" Lisa said. "Well, now I look at it that maybe it happened for a reason."

Whistleblower: 'I would do the same thing'

Caroline Mattson took her concerns about the treatment of boys at Mesabi Academy to St. Louis County investigators in fall 2015.

At the time, she was working there as a client care counselor. Her disclosures, along with her decision to speak about it publicly to APM Reports, prompted an avalanche of attention on the problems at the facility.

Mattson says many people blamed her for Mesabi Academy's closure and that her whistleblowing caused her to lose friends.

"For a long time, I cried and was upset," she said. "My feelings were hurt because I did a good job. I did what I was supposed to do. I was a good employee, and to be ostracized for doing my job, it really hurt." Mattson said she isn't the reason that Mesabi Academy closed and doesn't think she should be forced to "bear the brunt" of it.

Mattson, 58, said she couldn't find a job for several months after Mesabi Academy closed. Today she works at a daycare. "I love my job. I love working with the kids," she said.

Mattson settled a worker's compensation claim with KidsPeace for an injury she sustained while working at Mesabi Academy. She also signed a non-disclosure agreement with KidsPeace, promising not to disparage the company.

In November, Mattson and her husband took temporary custody of her two grandchildren from her daughter.

Mattson said she's focused on her family and living in her "own little bubble," but said she thinks about the children at Mesabi Academy. "I know I cared about each and every one of those kids, and I hope that maybe something in some of their lives will be better because I worked with them," she said.

Despite trying to move on from her experience at Mesabi Academy, Mattson can't get away. Earlier this month, she was required to testify in court on a case that involved a former Mesabi Academy resident. He claimed that his time there led him to commit several crimes.

Mattson said she has no regrets about her decision to reveal the problems at Mesabi. "If I had to do it all over again, I would do the same thing."

Buhl — the tiny Iron Range city that was home to Mesabi Academy — has yet to find a new tenant for the 180,000-square-foot building that for 21 years housed thousands of children.

The city assumed responsibility for the building after KidsPeace ended its lease in 2017. The lease allowed KidsPeace to buy the building from Buhl for $175,000, but the company chose not to. Instead, it paid the city $152,000 to end the contract and handed over the keys.

City Clerk Ryan Pervenanze said Buhl has been able to draw on reserves to defray the costs. But if a tenant doesn't emerge by next year, Buhl may have to put the building in "cold storage" — meaning maintenance would stop — to reduce the burden on taxpayers.

"There is definitely a sense of urgency that we need to find something," Pervenanze said. The town is considering converting the building into a boarding school or an assisted living facility.

North Homes Children and Family Services considered leasing part of the building, but decided not to, because it worried it wouldn't find enough skilled workers in the area for a children's psychiatric facility it wants to build. Instead, the organization plans to add beds to its campus in Grand Rapids, said Jim Christmas, its chief executive.

The city put a new roof on the building shortly before Mesabi Academy folded, but the building needs another $7 million in renovations, for which the city is seeking state funds, Pervenanze said.

Buhl has a population of less than 1,000 people. Mesabi Academy was by far its largest employer, providing about 120 jobs in an economically depressed part of the state, long dependent on the iron mining industry.

Today the city's largest employer is the Occupational Development Center, a non-profit organization that job hunts for people with disabilities. It employs between 20 and 25 people.

Greater transparency of an opaque system

When APM Reports published and broadcast its series of stories, Hennepin County officials said they were taken aback by the extent of the problems.

"It came as a surprise," said David Piper, presiding judge of the juvenile court in Hennepin County. "In hindsight, more attention should have been paid to the rumblings that were previously made." 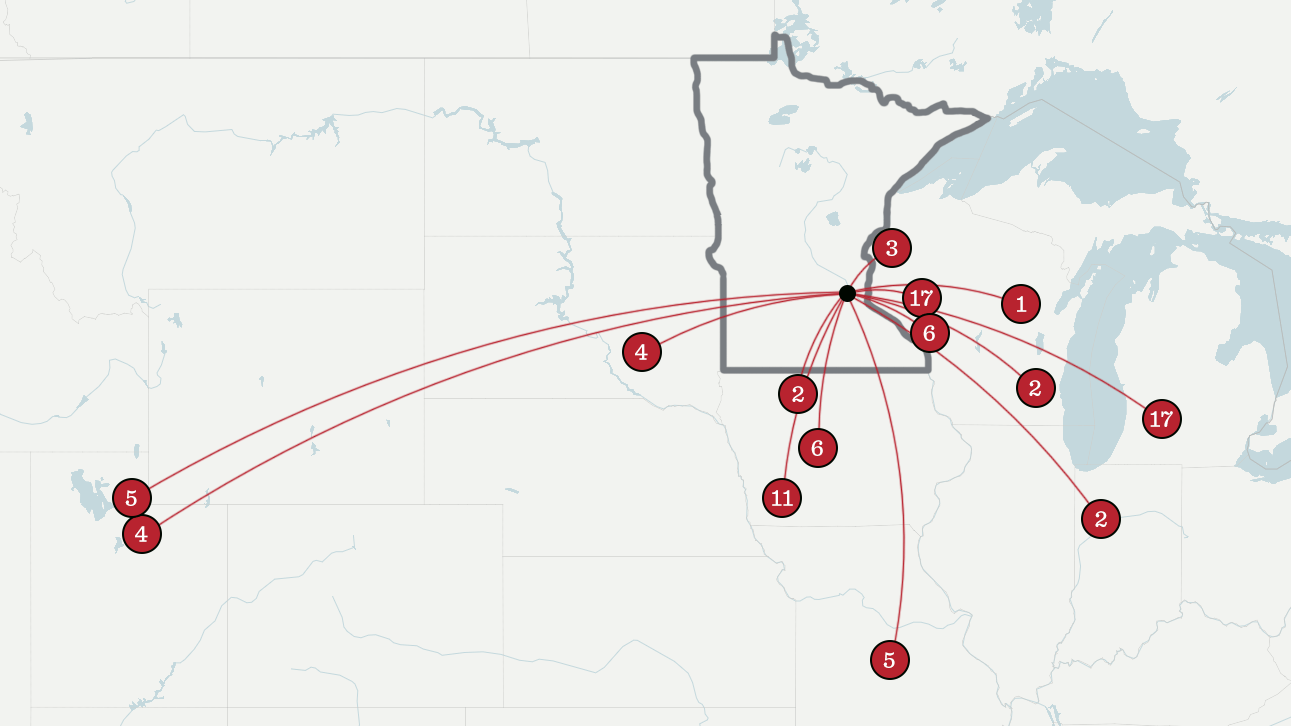 With Mesabi Academy closed, Hennepin County has increased out-of-state placements 42 percent and some kids are landing in places with troubled histories. Read the story.

The stories revealed that Mesabi Academy was regulated by a confusing and opaque system. Hennepin County officials assumed any maltreatment investigations would be made public by the Minnesota Department of Human Services, which investigated maltreatment claims at facilities licensed by the DHS.

The problem was Mesabi Academy was licensed by the Minnesota Department of Corrections, which didn't proactively publish inspection reports of facilities. To make matters more confusing, counties — not the state — were charged with conducting maltreatment investigations into DOC licensed facilities.

A change in state law in 2017 now requires the Department of Human Services to investigate any maltreatment allegations. The law change means there is uniformity in how investigations are handled.

If Mesabi were open today, maltreatment complaints and investigations would be publicly available on the DHS website regardless of which state agency holds the license.

The Minnesota Department of Corrections also started posting inspection reports on its website, so the public has a better understanding of the conditions in each facility. 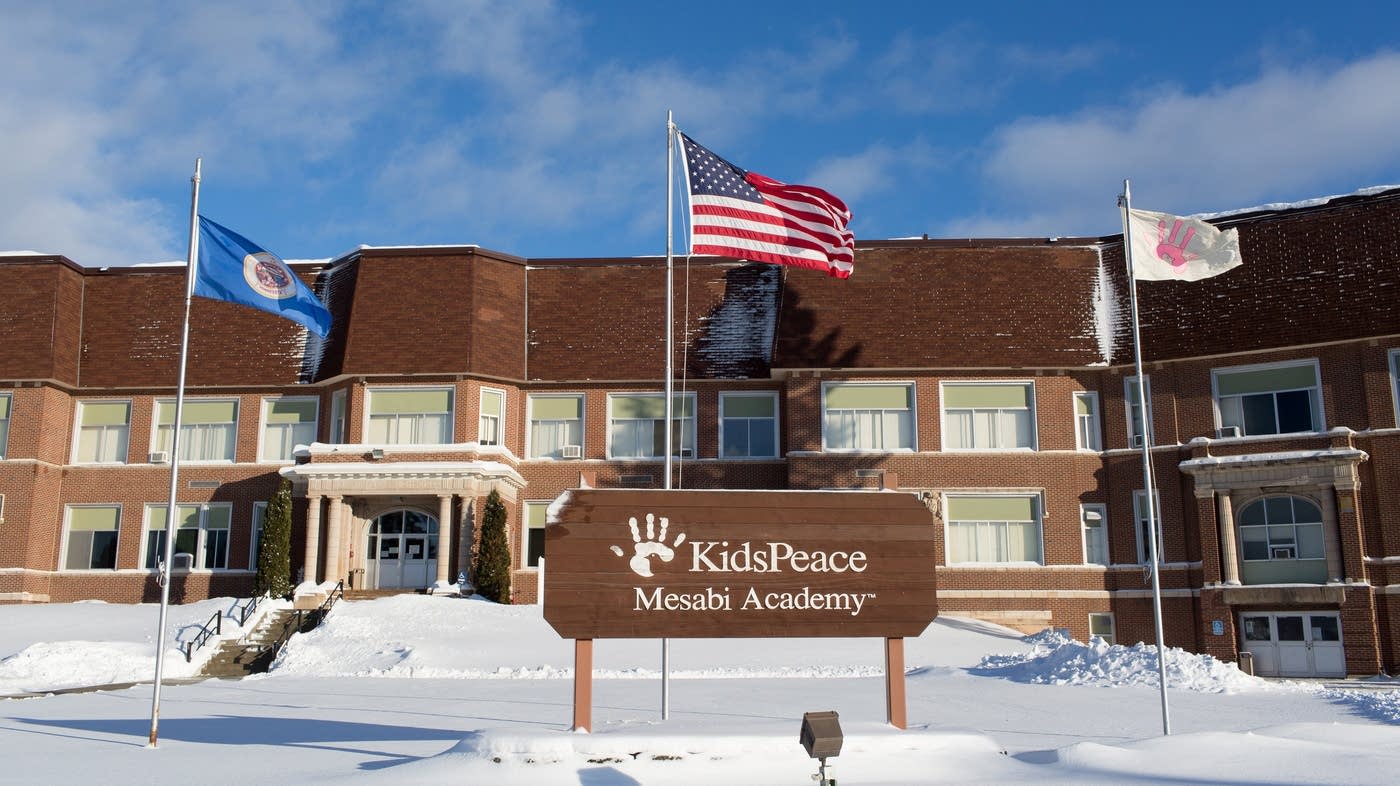 MAY 6, 2016
Claims of maltreatment, meager staff training and inadequate programs at Mesabi Academy 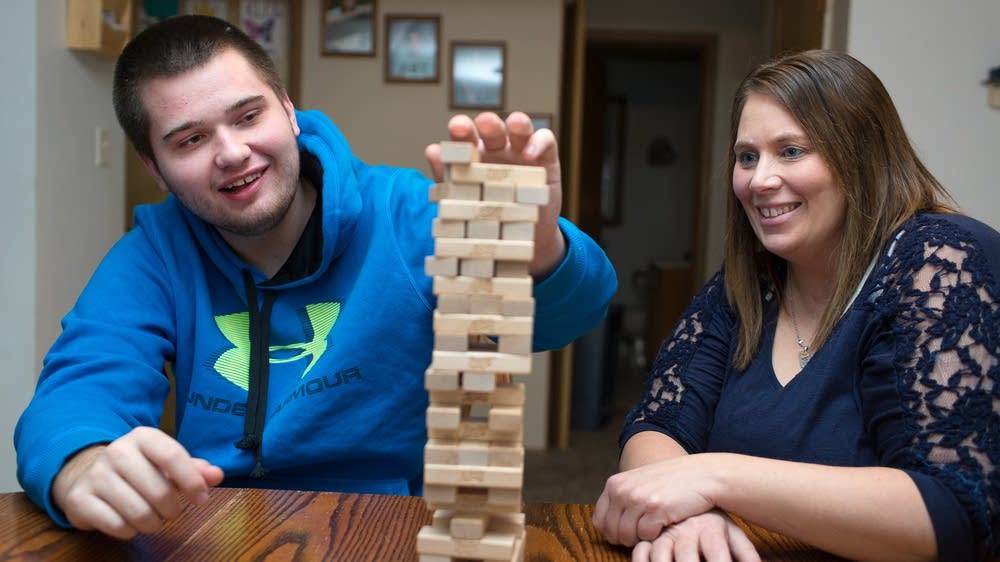 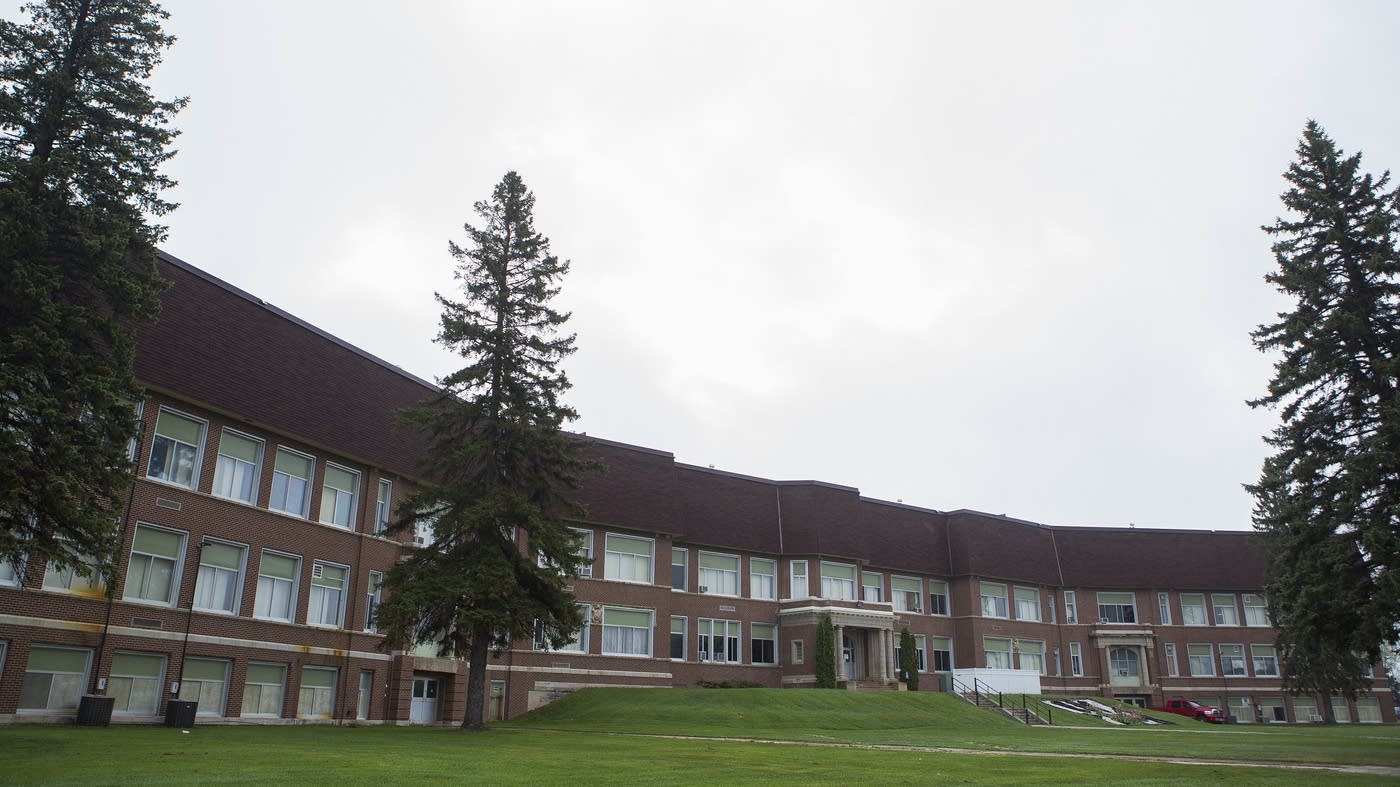 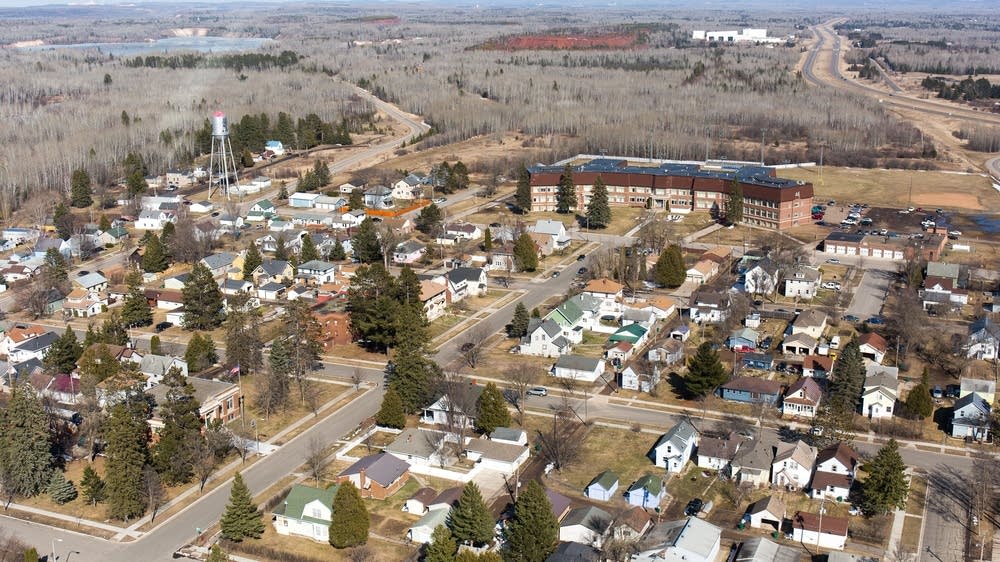 FULL COVERAGE
Don't miss our next investigation
Enter your email below to receive notifications of new stories.