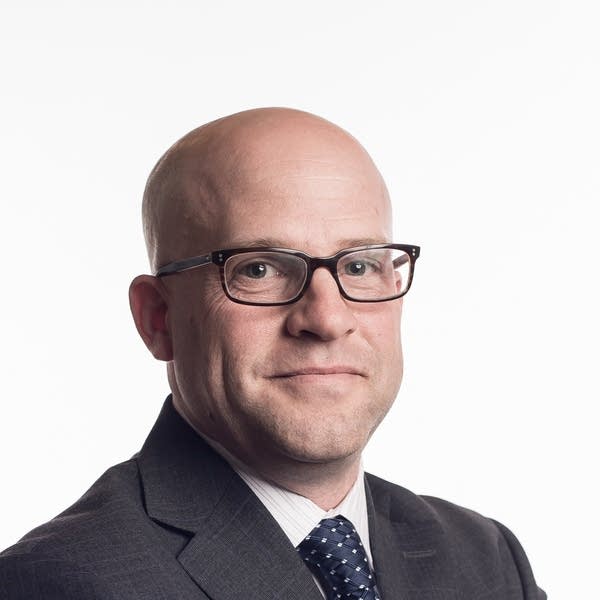 Voters there missed the fine print and the elections staff was overwhelmed. As November nears, a by-mail vote surge — due to virus safety — will spotlight the ballot counting in other presidential battleground states with slim voting margins.

An APM Reports analysis finds that public labs in at least 10 states -- the first line of defense in an outbreak -- endured budget troubles or staffing shortages in the past decade. The labs will be critical to conducting the increased testing needed to end social distancing.

As concerns rise over youth vaping, Juul quickly puts together an army of lobbyists

With state and federal governments looking to restrict vaping, the nation's largest e-cigarette maker pushed back with a multimillion-dollar advocacy campaign.

With its preferred juvenile correctional facility closed, Hennepin County has increased out-of-state placements 42 percent and some kids are landing in places with troubled histories.

How Congress, Trump and Obama played favorites with transportation money

The federal government has spent $7 billion on a transportation grant program that often awards money based on political clout and electoral impact, skirting Congress' own ban on earmarks.

The presidential candidate relied on grand juries to charge cops — seen today as avoiding accountability — and shied from getting between police and diverse communities during a violent time in Minneapolis.

Only 13 states are spending to stop vaping among teens. Others blame lack of funding, despite billions from the tobacco settlement over the years. Meanwhile, the FDA has begun to move against makers and sellers.

The departure of DJ Gribbin is the latest sign that the president's plan is going nowhere fast.

Pete Hegseth, a decorated Army veteran thought to be considered to run Veteran's Affairs, portrays himself as a defender of traditional family values despite extramarital affairs with co-workers and divorces.

Ethics experts are alarmed at the drumbeat of revelations about travel, business holdings and investments, warning that public trust and reliable government are at risk. A former ethics official asks: "If the boss doesn't care, why should you, then?"

Most of the 75 ships transport oil and gas products worldwide, presenting a conflict of interest for the commerce secretary as he negotiates trade deals. Records show 11 purchases since March. Ross has come under fire for not disclosing Russia-tied ship business and a U.S. senator wants an investigation.

The agreement with China will increase U.S. exports of liquid natural gas. Navigator Holdings, which could gain from increased drilling, has a business partnership with a Russian-owned firm and is partially owned by Ross via an offshore investment fund. For dealmaker Wendy Teramoto — Ross' chief of staff and Navigator board member at the time — it raises a conflict of interest.

On infrastructure, now what? Trump's turn away from public-private model brings uncertainty

With private money at a record level and projects ready to go, the president decides the partnerships are "more trouble than they're worth," leaving states to make their own deals with investors and to hope for federal funding.

After she was confirmed, the transportation secretary resigned from the board of Vulcan Materials but held on to deferred stock awards worth $300,000, an amount that could grow if Chao helps push an infrastructure bill through Congress.

Rural America, which supported Trump in the election, could be left out of water and road building investment as states and the president leverage private investment. Trump's plan offers little detail on federal spending and timing. Adding to the uncertainty, a presidential adviser has indicated that states should help themselves.

More than 500 infrastructure projects are pitched to Trump, who will favor private money and speed

States, unions, presidential advisers and consultants flood the White House with proposals. The president's pledge to cut regulations and his condition for funding — "If you have a job that you can't start within 90 days ... it doesn't help us" — risks leaving critical construction and repair behind.

They claim their sons suffered injuries due to neglect, wrongful and careless conduct. The company says it was protecting its staff and other boys.

The U.S. Environmental Protection Agency today issued a final report on the connection between hydraulic fracturing and contamination in drinking water. After stressing in June 2015 that there was no "widespread, systematic impact" on water, the agency now is emphasizing that fracking can affect drinking water under some circumstances.

Early versions highlighted contaminated drinking water and vulnerabilities from fracking. The final version turned out differently: Fracking had not "led to widespread, systemic impacts." Oil and gas cheered the findings.

Gov. Mark Dayton authorized nearly $80,000 in severance payments to three outgoing top officials, a departure from past practice and an action Republican lawmakers are criticizing.

Nearly two months after a juvenile correctional facility in northern Minnesota was closed, county officials found evidence of maltreatment in the actions of Mesabi Academy employees.

Where to go? The stories of three families after Mesabi Academy

Families and counties are scrambling to place children after Mesabi Academy said it would close its doors June 30. Hennepin and Ramsey counties have sent more complaints about the correctional facility.