Two months after the season ended, we return to Winona to see what has changed. Turns out, a lot. Curtis Flowers' mother has died. The whole town is talking about the case. Flowers' defense lawyers are including our findings in their legal filings to the Supreme Court. Citizens are trying to file bar complaints against the district attorney, Doug Evans. One man has gone into hiding, his personal safety threatened because he spoke to us. In this update episode, we look at what's happened in Winona since our last episode and what happens next with Curtis Flowers' case.

THE BIG QUESTION
Why don't prosecutors get disciplined?

Prosecutors enforce the law, but they're not above it. Or at least they're not supposed to be. In a 1935 ruling in Berger v. United States, the U.S. Supreme Court broadly defined how a prosecutor should behave:

"He may prosecute with earnestness and vigor — indeed, he should do so. But, while he may strike hard blows, he is not at liberty to strike foul ones. It is as much his duty to refrain from improper methods calculated to produce a wrongful conviction as it is to use every legitimate means to bring about a just one."

But when prosecutors strike foul blows — and we know that they do — they rarely face any consequences. This is true even for documented misconduct that takes place inside the courtroom and for repeat offenders.

A 2003 report by the Center for Public Integrity identified 2,012 cases across the United States since 1970 in which a judge reversed a conviction, reduced a sentence or dismissed charges at least in part because of prosecutorial misconduct. The investigation found that only 44 cases of misconduct resulted in any kind of disciplinary review of the prosecutor.

Moreover, it seems that few states separately document complaints against prosecutors. APM Reports sent a questionnaire to the lawyer discipline agencies in all 50 states. Of the 15 states that responded, only three tracked the number of prosecutors who had been the subject of complaints or investigations.

Last year in Mississippi, 516 bar complaints were filed against attorneys, most of whom work in one- to two-person practices doing everyday litigation — divorces, estates, personal injury, criminal defense. The vast majority of complaints were filed by the lawyers' own clients, who said that their calls hadn't been returned, their cases had languished, or their money had been stolen.

The Mississippi Bar doesn't separately track complaints filed against prosecutors, but the association's general counsel, Adam Kilgore, said none of the 516 complaints last year resulted in the disciplining of a prosecutor.

MISBEHAVING LAWYERS, BY THE NUMBERS
How does Mississippi compare to other states?

How often and how vigorously do states discipline misbehaving lawyers? We wanted to find out. So APM Reports used data from the last seven years of the American Bar Association's annual surveys on lawyer discipline to look at what different states are up to.

As a measure of how active states' disciplinary systems are, we examined the volume of complaints they handled. Nevada topped the list with 21 complaints for every 100 lawyers, while Washington, D.C., and Massachusetts had fewer than two. Mississippi fell near the bottom of the list. It's unclear what accounts for the range of values found. A high number of complaints could mean a lot of bad lawyers or especially engaged consumers or a transparent and easy process for filing complaints.

Next, we looked at states' budgets for lawyer discipline to get a sense of the robustness of their systems. Most disciplinary organizations are funded through bar association dues paid by lawyers. Those resources are put to use screening out baseless complaints and investigating and responding to serious ones. This can be costly work — some states have tens of thousands of lawyers and receive thousands of complaints per year. Mississippi is among the most cash-strapped, though a dollar goes farther there than in some other states with slim budgets.

Money for discipline, per lawyer in the state

Of all the complaints filed each year, only a fraction end with a lawyer being disciplined. The sanctions lawyers face range from the mild (a discrete "don't do that again") to the career-ending (permanent disbarment).

In the delicate balancing act between protecting lawyers from overly harsh punishment and protecting the public from unscrupulous lawyers, states like Mississippi err on the side of attorneys.

Frequency and type of discipline

Notes on the data:

AND ON THE LEGAL FRONT ...
New documents have surfaced

Was Willie James Hemphill a suspect in the 1996 murders at Tardy Furniture?

This question has become a point of dispute in Curtis Flowers' ongoing post-conviction appeal. Flowers' attorneys are trying to add information related to what they call "stunning new evidence" uncovered by "In the Dark" that Hemphill may have been a suspect in the days after the murders. "In the Dark" reported that Hemphill was held for 11 days in the Winona jail, where he was fingerprinted, interviewed for several hours, told he'd been seen near the scene of the murders, and asked to hand over his Fila Grant Hill shoes for inspection.

Some of the documents describe a June 1996 incident in which Hemphill stole two 12-ounce cans of beer from a Texaco gas station. The attorney general argues that Hemphill was detained in connection with that incident, not the Tardy Furniture murders.

It's worth noting that Hemphill wasn't arrested until July 21, 1996, nearly a month after the beer theft, and the arrest report included in the attorney general's batch of documents makes no mention of the incident at the Texaco. It simply says Hemphill was picked up "on [a] city warrant."

The attorney general's filing also doesn't include a copy of the arrest warrant which, if signed on the date of the beer theft or on July 2, when Hemphill was a no-show at his arraignment, would be more conclusive proof that his arrest weeks later was connected to one of those two incidents. Even if the reason for Hemphill's arrest was the theft, investigators could have questioned him about the Tardy murders.

It's also unclear how the state — either the attorney general's office or District Attorney Doug Evans — came into possession of these documents and when. They bear the mark of the Winona Police Department's fax machine, but the date the fax was sent is redacted. The city court clerk at the Winona Police Department told "In the Dark" reporters in early September that no lawyers or state agencies — no one at all other than APM Reports — has requested information about Hemphill in recent months.

These documents weren't in the Tardy Furniture investigative file and most weren't in the Winona Police Department files previously reviewed by "In the Dark." The attorney general's office didn't respond to a recent interview request from "In the Dark" about the Curtis Flowers case.

FROM OUR INBOX
What listeners had to say

When Season 2 of "In the Dark" was released, listeners all over the country reacted with hope, with anger, and with everything in between. Many of them wanted to get involved: Some sent letters to Curtis Flowers at Parchman prison; others deposited money into his inmate account.

Nearly 44,000 people signed an online petition demanding a recall vote for District Attorney Doug Evans. For his part, Evans told a local newspaper, The Greenwood Commonwealth, that he hasn't listened to the podcast and defended the work of his office. "I think these folks are just coming up with anything they can to discredit the case," he told the paper.

Several listeners have reached out to The Mississippi Bar, asking how to file a complaint against Evans. The bar's general counsel, Adam Kilgore, said even friends of his are curious about what action the association might take.

"I've got a neighbor who's listening to your podcast who is very excited, and he looks at me on an almost daily basis and says, 'I'm glad you're the guy over there doing this. I trust that you're going to do it,'" Kilgore said. "We're asking the public to trust us and trust the process."

Jim Craig, the director of the MacArthur Justice Center in New Orleans, filed a "friend of the court" brief with the U.S. Supreme Court in support of Flowers' appeal. It drew extensively on reporting by "In the Dark."

Back in Winona, it seems that everyone is talking about the 22-year-old case again.

A woman named Tanaka Roberts designed T-shirts with the letters F-E-A-R across the front. "It [stands for] false evidence appearing real," she explained.

And local rapper Dank Dezzy (pronounced dee-zee), who's a friend of the Flowers family, wrote a song about the case. Once he's off house arrest, Dezzy (aka Franklin Cortez Forrest) hopes to record the song in a Memphis studio. In the meantime, he captured it on his cell phone and sent the video to "In the Dark." 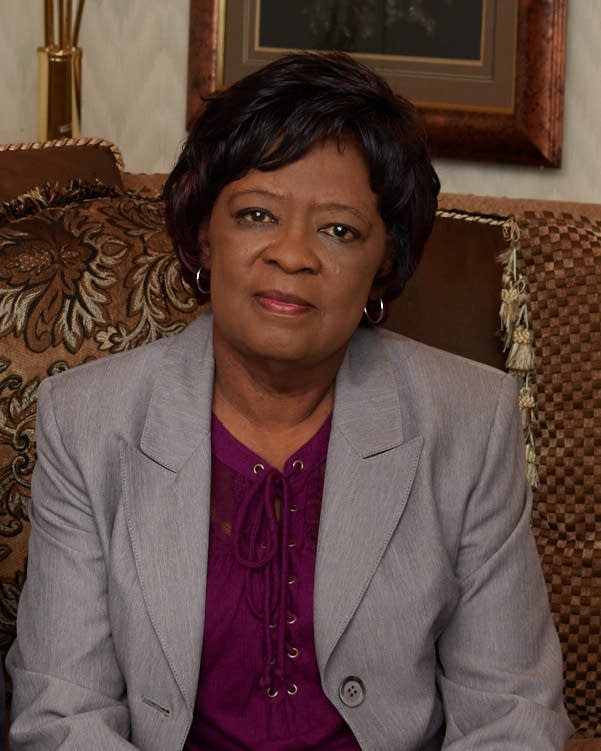