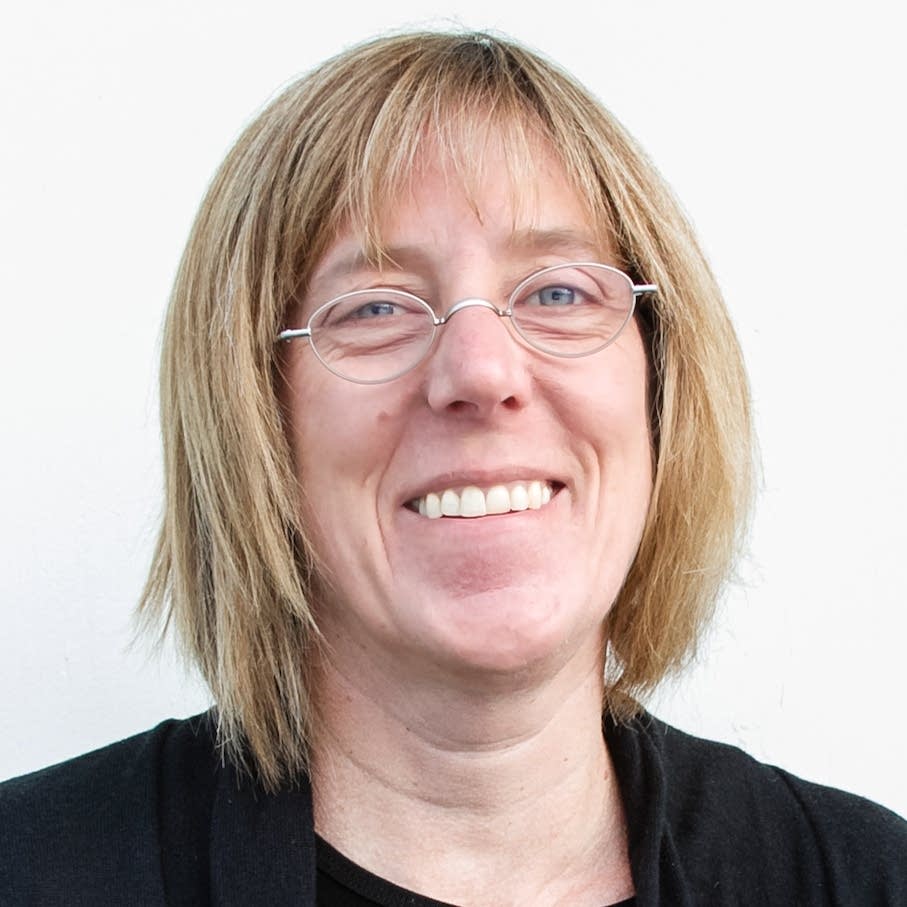 
Catherine Winter edits podcasts, documentaries, and series projects for APM Reports, including the investigative podcast In the Dark. She also edits the podcast The Uncertain Hour for Marketplace. Previously, she was Minnesota Public Radio's legal affairs reporter and later produced stories and live programs from Minnesota's small towns for MPR's Mainstreet Radio unit. She was senior producer for The Really Big Questions from SoundVision Productions, editor of the Us and Them podcast, and editor of Inside Appalachia from West Virginia Public Broadcasting. Her stories have appeared on NPR, PRI's The World, and Marketplace. Catherine's national awards for producing and editing include the DuPont Award, the ABA Silver Gavel, the Unity Award, the Gracie Award, the Casey Medal and the Peabody Award. She has a master's degree in journalism from UC Berkeley and a master's in English and linguistics from the University of Minnesota Duluth, where she taught writing and journalism. She writes for and edits the Ask a Master Gardener column for the Duluth News Tribune.

In the Dark
In the Dark is an investigative podcast from APM Reports, hosted by Madeleine Baran. Season Two is about the case of Curtis Flowers, who has been tried six times for the same crime. Season One focused on the abduction of Jacob Wetterling. 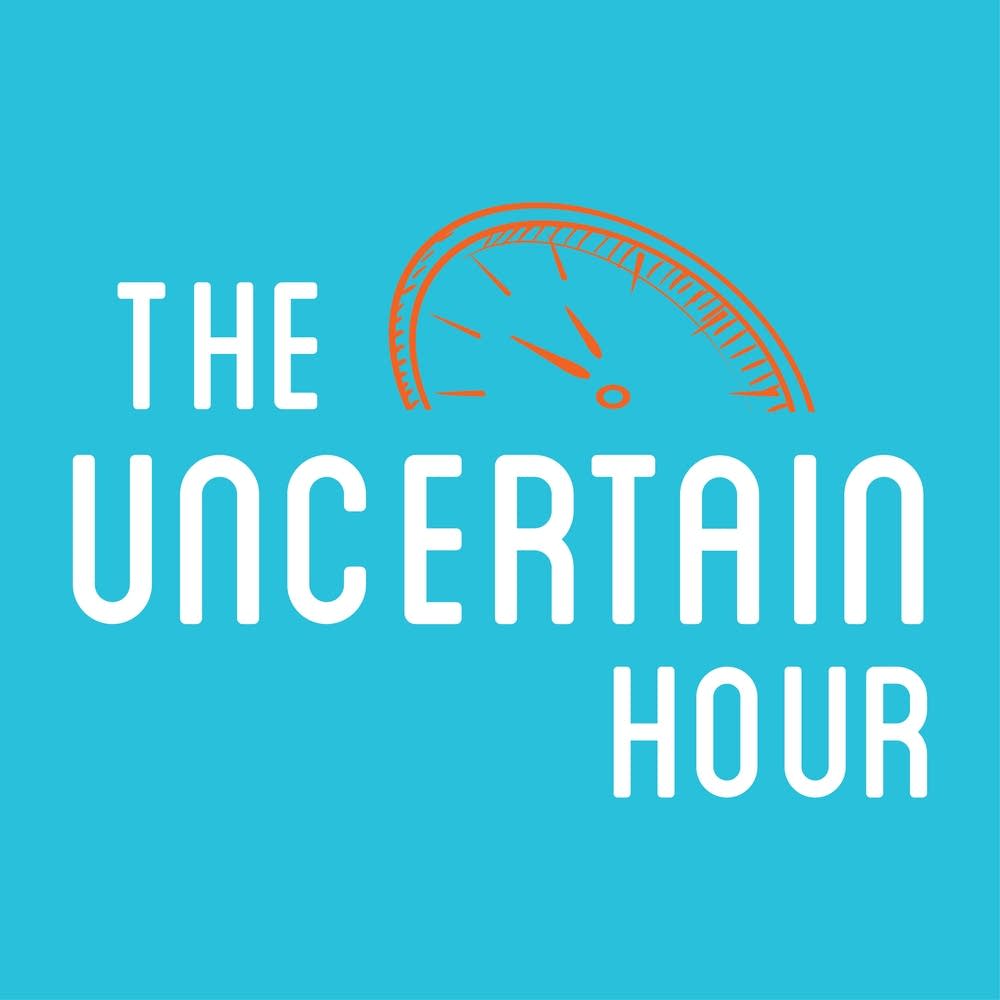 The Uncertain Hour
Host Krissy Clark dives into one controversial topic each season to reveal the surprising origin stories of our economy. Because the things we fight the most about are the things we know the least about.

Aug. 22, 2019
How a flawed idea is teaching millions of kids to be poor readers
For decades, schools have taught children the strategies of struggling readers, using a theory about reading that cognitive scientists have repeatedly debunked. And many teachers and parents don't know there's anything wrong with it.
Aug. 14, 2019
Students on the Move: Keeping uprooted kids in school
Moving a lot is hard on school kids. And millions of children in the United States have unstable housing. A growing body of research finds that repeatedly uprooted children are more likely to struggle in school and more likely to drop out. But there are ways to help them succeed.
Aug. 6, 2019
Colleges are using big data to track students in an effort to boost graduation rates, but it comes at a cost
At Georgia State in Atlanta, more students are graduating, and the school credits its use of predictive analytics. But critics worry that the algorithms may be invading students' privacy and reinforcing racial inequities.
June 21, 2019
Curtis Flowers wins appeal at U.S. Supreme Court
The Supreme Court has reversed Curtis Flowers' 2010 conviction, ruling that prosecutors excluded African-Americans from the jury.
Sept. 3, 2018
Old Idea, New Economy: Rediscovering Apprenticeships
You might think apprenticeships are a relic from an earlier era, but a growing number of Americans are using them as a way into the middle class. In South Carolina, apprenticeships are helping companies find skilled workers, and giving people an affordable path to a good career.
Aug. 27, 2018
He bet that college would help him move up. Was it a good bet?
At 19, Mario Martinez felt fortunate to have escaped his rough neighborhood and enrolled in a community college. But the odds that he would earn his degree and achieve the life he wanted were still against him.
Aug. 20, 2018
Changing Class: Are colleges helping Americans move up?
Colleges have long offered a pathway to success for just about anyone. But new research shows that with the country growing ever more economically divided, colleges are not doing enough to help students from poor families achieve the American Dream.
Sept. 11, 2017
Shadow Class: College Dreamers in Trump's America
Public schools in the United States have to treat undocumented students just like citizens. But once these students graduate, everything changes. Without papers, they don't qualify for federal college grants, they can't legally work to pay for tuition, and they may have to pay out-of-state tuition.
Sept. 11, 2017
How American schools fail kids with dyslexia
There are proven ways to help people with dyslexia learn to read, and a federal law that's supposed to ensure schools provide kids with help. But across the country, public schools are denying children proper treatment and often failing to identify them with dyslexia in the first place.
Sept. 4, 2017
History shows slavery helped build many U.S. colleges and universities
As more schools begin to confront their participation in slavery, they also consider how to make amends.
Aug. 28, 2017
Keeping Teachers
Teachers matter more than anything else in a school. But schools are struggling to hold on to the teachers they need.
Sept. 8, 2016
College behind bars: Keeping an idea alive
After an abrupt reversal 20 years ago, some prisons and colleges try to maintain college education for prisoners.
Sept. 1, 2016
Two high-poverty schools chase better graduation rates
The nation's high school graduation rate is at an all-time high, but high-poverty schools face a stubborn challenge. Schools in Miami and Pasadena are trying to do things differently.
Aug. 25, 2016
Amid evidence zero tolerance doesn't work, schools reverse themselves
A get-tough attitude prevailed among educators in the 1980s and 1990s, but research shows that zero-tolerance policies don't make schools safer and lead to disproportionate discipline for students of color.
Aug. 18, 2016
Stuck at Square One: College students increasingly caught in remedial education trap
A system meant to give college students a better shot at succeeding is actually getting in the way of many, costing them time and money and taking a particular toll on students of color.
May 12, 2016
Victims, not criminals: Rebranding teen sex trafficking
The nation is changing the way it thinks about teen sex trafficking. States have decriminalized it for teens and offered help, and some are attacking the demand for commercial sex.
May 12, 2016
Israel: Using technology, engineering to cut reliance on Galilee
Water has been a matter of national security for Israel since the nation's inception. Drought and growth have pushed the country to use desalination, wastewater recycling and other technology and engineering feats to address the demand. But it's a different picture where Palestinians are involved.
May 12, 2016
India: Delivering water by hand
In much of India, getting enough water is a low-tech affair. In some places, women draw water by hand; in others suicide rates among farmers have risen because drought and dropping water tables make their lives difficult.
Nov. 1, 2007
Wanted: Parents
Advocates for kids are trying to persuade more families to adopt teenagers. If teenagers in foster care don't find permanent families, they face a grim future. They "age out" of foster care, usually when they turn 18 years old, and many wind up on the streets. Every year, more than 24,000 American young people age out of foster care.
Sept. 13, 2005
No Place for a Woman
In the 1970s, women across the country demanded access to what had been male bastions. Women went to college in record numbers and demanded the high-paying jobs once reserved for men. When women took jobs in the iron mines of northern Minnesota, some men tried to drive them out.