They claim their sons suffered injuries due to neglect, wrongful and careless conduct. The company says it was protecting its staff and other boys.

Three families who had boys placed at Mesabi Academy — a juvenile correctional facility in northeastern Minnesota — have sued the facility's parent company. In documents filed in Hennepin County District Court in March, the families claim that the three boys suffered injuries due to neglect, wrongful, careless and unlawful conduct by KidsPeace Corp., a non-profit based in Pennsylvania.

The lawsuit is the latest fallout over problems at the defunct facility. Mesabi Academy closed last summer after APM Reports released a series of stories documenting safety violations, institutional neglect, improper staff training and lack of government oversight. The stories prompted several counties, including Hennepin and Ramsey, to pull nearly 50 boys from the 123-bed facility.

In February, St. Louis County Public Health and Human Services reported there were five instances of maltreatment at the facility in 2015 and 2016. In one, a staff member allowed boys as young as 12 to fight one another. It also reported that an employee didn't respond after one boy punched another in the face; that an employee broke a resident's clavicle; and that an employee was sleeping in the gym.

KidsPeace closed Mesabi Academy on June 30. In court filings, the company has denied any wrongdoing against the boys.

KidsPeace owns several treatment facilities in Maine, Pennsylvania and Georgia that provide psychiatric services to children. It also operates foster care services in seven states. Mesabi Academy was its only "secure" operation, which means it housed boys who committed crimes along with boys who needed treatment emotional and psychiatric help. KidsPeace reported revenue of $37 million and expenses of $31 million in its 2014 public tax filing.

The families who filed the lawsuit are not named in court filings but APM Reports has learned the boys involved are Jacob Torblaa of Lake Park, Minn., Tony Chadderdon of Wyoming, Minn. and Ayuub Ali of Minneapolis. The boys are represented by attorneys Jacob Reitan and J. Ashwin Madia, both from the Twin Cities.

Chadderdon was sent to Mesabi Academy by his family in July 2015 with the hopes of helping him manage angry outbursts caused by a traumatic brain injury. During his 10-month stay, the lawsuit alleges Chadderdon was verbally, physically and emotionally abused by staff and other residents at Mesabi Academy. The suit also said that when he needed help, he was ignored and rejected by staff.

Torblaa was sent there by his mother in April 2014 because he was acting out violently and sexually. Over the 13 months he was at Mesabi, the lawsuit alleges employees repeatedly punched Torblaa and hit him in the back with a belt. The St. Louis County Sheriff investigated the claim involving the belt but didn't charge the employee due to lack of evidence. The lawsuit also alleges that Torblaa, who has schizophrenia, was verbally and emotionally abused by staff, was given poor medical treatment, was undernourished and overmedicated. 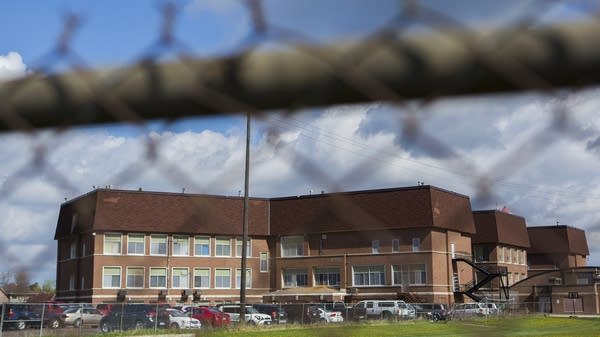 A Hennepin County judge sent Ali to Mesabi Academy in August 2015 after the boy stole a car, smoked marijuana and carried a weapon. He was one of 20 Hennepin County boys removed from the facility last May after APM Reports released a series of stories on the facility.

In a court filing, attorneys for KidsPeace, denied the allegations and said any contact made with the boys was "undertaken either to protect staff or protect other residents from the actions" of the boys. Attorneys for KidsPeace also say staff at the facility attempted to intervene whenever they became aware that a resident was being verbally, physically or emotionally abused by another resident.

The company also is arguing that Hennepin County District Court is the improper venue to hear the case. They've requested a judge in St. Louis County handle the case since Mesabi Academy operated in that county.