The dangerous conditions and neglect of vulnerable children at a northern Minnesota juvenile corrections facility are in full view today, in addition to the consequences, eight months after it was forced to close.

The final investigation into Mesabi Academy, concluded and made public last week, shows that an employee allowed boys as young as 12 to fight one another in what was known as a "fight club," one of five instances of maltreatment that St. Louis County Public Health and Human Services determined occurred at the Buhl, Minn., operation.

Other maltreatment findings, according to documents from a 16-month investigation, include an employee ignoring one boy punching another boy in the face, an employee sleeping in the gym when residents were fighting, an employee breaking a resident's clavicle and unsafe restraint procedures on boys. The documents provided by the county don't name the employees involved so it's not clear if the findings involve one or more people.

Despite the closure last summer, St. Louis County investigators continued to interview residents and staff about complaints, sorting through hundreds of allegations including sexual and physical abuse, drug abuse and improper oversight.

The series of stories prompted several counties, including Hennepin and Ramsey, and the commissioner of the Minnesota Department of Human Services to pull nearly 50 boys from the 123-bed facility. Citing a dramatic reduction in clients, Mesabi Academy's parent company — KidsPeace, a non-profit based in Schnecksville, Pa. — closed the facility on June 30.

The consequences from the problems at Mesabi Academy will continue beyond the investigation:

Mesabi Academy accepted a wide range of boys from around Minnesota and other states. Although the facility was licensed by the Minnesota Department of Corrections, it took boys who had never committed a crime. It billed itself as a secure facility that offered mental health treatment for some of Minnesota's toughest kids and became a solution for social workers, public defenders and judges trying to place children who had no other options for placement.

Court records for juveniles are private information so it isn't clear where the boys were sent after Mesabi Academy closed. Several parents and social services workers say many of the students were placed back in their parents' care. Data provided by Hennepin County, Mesabi's largest customer last year, show that the county has not found an adequate replacement for Mesabi Academy. Juvenile placement data show the county has slightly increased placements at existing residential treatment centers in Minnesota.

Despite the closure last summer, St. Louis County investigators continued to interview residents and staff about complaints, sorting through hundreds of allegations including sexual and physical abuse, drug abuse and improper oversight.

In the five instances of maltreatment, the county determined that individual employees, not Mesabi Academy, were responsible for the maltreatment. St. Louis County officials declined to discuss the findings.

Robert Martin, a spokesman for KidsPeace, released a statement noting that the investigation cleared KidsPeace of any maltreatment: "We believe this confirms our position that Mesabi Academy provided an appropriate level of care to the youth treated in our program there, in line with our mission to bring hope, help and healing to kids dealing with mental and behavioral health challenges."

The state, however, notified KidsPeace last week that the St. Louis County investigation triggered licensing violations. But because the facility is closed, corrections officials could only make recommendations to KidsPeace officials in Pennsylvania and urge them to improve staff training and staff oversight at its facilities in other states. [*]

"It is important for the Board of Directors and officials of KidsPeace Corporation to understand the importance of staff training and supervision of staff," wrote Ron Solheid, deputy commissioner of the Minnesota Department of Corrections. "Juvenile correctional facilities providing services for youth with complex needs and behaviors must ensure staff are appropriately trained and supervised."

'As long as the youth wanted to fight, staff was fine with it'

Most alarming among the St. Louis County maltreatment findings was the discovery that Mesabi Academy staff allowed 12-year-old boys to fight one another in so-called "fight clubs." "A youth reported that there is a 'fight club' where youth would meet up in a room and fight," a May 12 complaint stated. "As long as the youth wanted to fight, staff was fine with it."

Xaivier Hudson of St. Paul described the fighting after Ramsey County pulled 21 boys from Mesabi Academy last May. Hudson, who was 12 when he was released, spent five months at Mesabi Academy.

At the time of his release, he said an employee would encourage the fighting but only allow it in rooms that didn't have security cameras. Hudson said if the employee didn't like a kid, the employee would want others to fight with that kid.

Hudson's mother, Sue Blood, said she complained about the fighting to investigators after learning about it from her son. She said she was told Mesabi Academy fired the employee before the facility closed. The dismissal was confirmed in documents released by the state.

Citing privacy laws, St. Louis County would not release the names of the employees involved in the maltreatment findings. No criminal charges will be filed against the employees, but the Minnesota Department of Corrections noted it "will impact their ability to work with juveniles in the future."

Two earlier maltreatment determinations by St. Louis County that were released in August were reversed.

The county had determined an employee bruised a boy's wrist after placing him in handcuffs that were too tight. Another allegation said a resident received bruising on his wrist due to an employee pulling up on handcuffs placed on the resident. The county said it overturned its determination due to insufficient evidence after the accused staff members appealed the findings.

The problems at Mesabi Academy highlighted a dysfunctional system that prevented parents, judges, social services officials and others from learning critical information about the condition of residential treatment facilities licensed by the Minnesota Department of Corrections.

The investigation by APM Reports revealed that judges and social services officers didn't know about problems at the facility because Minnesota's system of sharing information was inadequate and uncoordinated. The state and counties didn't always share information about problems at Mesabi Academy.

As a result of the investigation, Dayton is taking steps to improve oversight. Currently, complaints filed against 41 of the 70 regional treatment centers licensed by the Department of Corrections are investigated by counties. Dayton wants to shift that responsibility to the Minnesota Department of Human Services.

Under Dayton's budget proposal, the Minnesota Department of Human Services would hire an additional inspector to investigate maltreatment complaints at facilities licensed by the Corrections Department.

"We are a more independent investigator of maltreatment claims for these kids than perhaps counties who are also duly responsible for placing children — sometimes really challenging children — into these facilities," she said.

Officials in St. Louis County called for a shift in oversight last year while investigating allegations of abuse at Mesabi. Advocates for juveniles and at the Office of the Ombudsman for Mental Health and Developmental Disabilities also have called for the change.

Piper said the change would also increase transparency. She said if the Legislature grants the request, complaints and investigations at DOC-licensed facilities would be listed on a website that already documents activity at DHS licensed facilities. There isn't a website for facilities licensed by the corrections department.

A lawyer representing three families whose boys were sent to Mesabi Academy says he has notified KidsPeace officials this month that he intends to sue. Jacob Reitan said the three boys suffered injuries due to neglect, wrongful, careless and unlawful conduct by KidsPeace Corp.

Reitan didn't name the three boys, but APM Reports confirmed with the boys' parents that they are Jacob Torblaa of Lake City, Minn.; Tony Chadderdon of Wyoming, Minn.; and Ayuub Ali of Minneapolis. The boys were profiled in stories describing the problems at the facility over the past two years.

Torblaa and Chadderdon had never committed crimes. They were sent to Mesabi Academy after their families could no longer handle their violent outbursts at home, and other options were exhausted. Ali was sent to Mesabi Academy by a Hennepin County judge after he stole a car, used drugs and possessed a weapon.

The boys say they suffered physical and emotional abuse while at Mesabi Academy.

"These are kids that need great care," Reitan said. "They need the best of what our society can give them, and the reality was KidsPeace was, from the accounts that we have learned, the exact opposite of that."

Martin, the spokesman for KidsPeace, said he won't comment on possible litigation.

Buhl looks for a new tenant

Martin said his company and Buhl agreed to end the lease arrangement for the building that housed Mesabi Academy, returning responsibility to the city on Jan. 20. The lease agreement had required KidsPeace to make an annual payment of $35,000 to Buhl. [†]

According to the lease termination agreement provided by the city, KidsPeace will pay Buhl $152,344.10. In exchange, the city will be responsible for the building, including maintenance and insurance.

Buhl still owes $104,000 to the Iron Range Resources and Rehabilitation Board. The IRRRB lent the city money to retrofit the old high school into a secure facility to house juveniles. Mayor Shari Swanson said she's spoken with IRRRB officials and said "for now the money will stay with the city," according to minutes of a special city council meeting on Jan. 27.

The building, however, has problems: a leaking roof, a damaged sidewalk, a leak in a new steam line and plumbing leaks inside the building. The council told the city to fix the leaks, shut off the water to the building and turn off most of the lights, according to city documents.

The building, which opened in 1998, was an effort by city and state leaders to diversify northeastern Minnesota's economy. Mesabi Academy, which employed 138 people last May, was Buhl's largest employer. 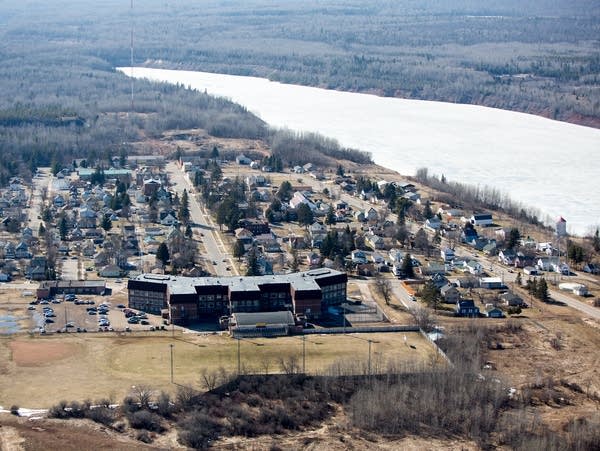 Curtis Gilbert contributed to this report.

Tom Scheck   tscheck@apmreports.org   @tomscheck
Curtis Gilbert   cgilbert@apmreports.org   @curtisgilbert
[†] Update: This section of the story has been revised to reflect the newly disclosed agreement between Buhl and KidsPeace to end the lease for the building.

STAY CONNECTED To be informed when new APM Reports investigations and documentaries are published, sign up for email notifications.