The Mississippi man endured nearly 23 years behind bars, six trials, four death sentences and, most recently, months of house arrest for murders he always maintained that he didn’t commit, and for which the evidence of his guilt was weak.

His legal odyssey ended Friday when the Mississippi Attorney General’s Office, which had been reviewing the case since February, submitted a motion to dismiss the indictments against him for the 1996 murders of four people in Winona, Mississippi. Judge Joey Loper then signed an order granting the motion. The move brought the State of Mississippi v. Curtis Flowers to a decisive close.

“Today, I am finally free from the injustice that left me locked in a box for nearly 23 years,” Flowers said in a statement released by his attorneys. “I’ve been asked if I ever thought this day would come. … With a family that never gave up on me and with them by my side, I knew it would.”

Flowers’ case became the focus of national attention two years ago after an investigation by APM Reports’ podcast In the Dark found that his conviction was based on unreliable evidence.

"This prosecution was flawed from the beginning and was tainted throughout by racial discrimination. It should never have occurred and lasted far too long, but we are glad it is finally over," said Rob McDuff, a lawyer with the Mississippi Center for Justice, who took over Flowers' defense after the Supreme Court reversed Flowers' conviction.

District Attorney Doug Evans had tried Flowers an unprecedented six times for the murders at the Tardy Furniture store, which shattered the rural community of Winona. Evans couldn’t be reached for comment on Friday afternoon at his office or home.

Flowers’ first three trials resulted in death sentences that were overturned by the Mississippi Supreme Court. His fourth and fifth trials ended in hung juries. Flowers’ sixth trial, in 2010, sent him back to death row at Parchman prison, where he might have remained had the U.S. Supreme Court not decided to take up his case.

In June 2019, the High Court reversed Flowers’ conviction and death sentence, sending his case back to Montgomery County for a possible seventh trial and touching off a string of legal victories.

In December, a judge granted his release on bail, setting Flowers, 50, free after he had spent nearly half his life behind bars. Then Evans, who had zealously pursued Flowers for a quarter century, recused himself from the case and handed it over to the Attorney General’s Office.

But all the while that Flowers was out on bail, the specter of a seventh trial loomed. Friday — with Attorney General Lynn Fitch’s decision to drop all charges — that threat, and the possibility of being sent back to death row, are finally gone. Against incredible odds, Flowers is a free man.

“People get exonerated from death row because of a combination of relentless persistence, good lawyering, strong evidence that they didn’t do it and just plain luck,” said Robert Dunham, Executive Director of the Death Penalty Information Center, which estimates that roughly 4 percent of death row inmates in the United States are innocent.

“You can’t line up those elements. They happen or they don’t. You’re struck by providence,” he said. 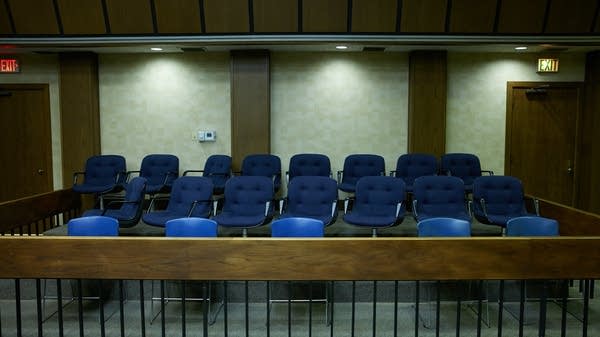 First arrested in January 1997, Flowers spent 23 years behind bars without respite. Even when his convictions were reversed, and he wasn’t technically a condemned man, Flowers remained in jail as a suspect in the murders.

And his fate remained bound to Evans, who spent much of his career trying to ensure that Flowers would one day be executed. Three judicial findings of prosecutorial misconduct in Flowers’ early trials did not prevent Evans from trying Flowers three more times.

The cycle was finally interrupted in November 2018 when Flowers’ appeal was granted review by the U.S. Supreme Court.

The court accepts just over 1 percent of the petitions it receives each year, but Flowers’ was buoyed by several supporting briefs that cited In the Dark’s analysis that found Evans’ office — during a 26-year span — had removed Black prospective jurors at nearly 4 1/2 times the rate it did white ones.

Evans’ record of striking African Americans from the juries in Flowers’ six trials came under intense scrutiny during oral arguments at the High Court in March 2019. Justice Brett Kavanaugh voiced concerns that Flowers’ most recent conviction was tainted considering Evans’ earlier violations of Flowers’ constitutional rights. “We can’t take the history out of the case,” Kavanaugh said.

When the court reversed Flowers’ conviction several months later, in a 7-2 ruling, it seemed to send a clear message that Evans’ continued participation in the case should not be tolerated. Though the justices didn’t comment on Flowers’ guilt or innocence, they roundly condemned the way he had been prosecuted by Evans.

Evans, 68, ultimately acceded to pressure to recuse himself, though he remained staunch in his belief that he had sent the right man to death row. When he asked a judge in January to appoint a prosecutor from the Attorney General’s Office in his place, Evans used his final court filing in the case to write that he “remain[ed] confident in both the investigation and the jury verdicts.” For the first time, however, Evans’ opinion didn’t matter.

HOW WE GOT HERE
Key events in the Curtis Flowers case

Evans’ departure signaled a fresh start for Flowers. Reviewing the evidence nearly a quarter century after the murders, there was no guarantee that a new prosecutor would see things the way Evans had.

More importantly, the case inherited by the Attorney General’s Office earlier this year wasn’t what it had once been. The evidence of Flowers’ guilt, always largely circumstantial, had deteriorated. Several witnesses for the state had recanted their testimony; others had died. Nearly a decade of digging by Flowers’ post-conviction lawyers and an exhaustive analysis of the case by reporters for In the Dark had eviscerated the evidence against Flowers.

At the December bail hearing, Judge Joey Loper noted that two key witnesses for the state — Odell Hallmon and Clemmie Fleming — had told In the Dark that they had lied on the stand. Loper also cited “possible exculpatory evidence” turned up by In the Dark, such as facts pointing toward Willie James Hemphill as an alternate suspect in the Tardy Furniture murders.

Loper, who had presided over Flowers’ fifth and sixth trials, acknowledged that the contours of the case against Flowers had fundamentally changed. “In the next trial, should one occur, the state of Mississippi is faced with the prospect of having to present a far weaker case to the jury than it's had in the past,” Loper said.

In her dismissal motion on Friday, the attorney general agreed. “As the evidence stands today, there is no key prosecution witness that incriminates Mr. Flowers who is alive and available and has not had multiple, conflicting statements in the record,” Fitch wrote. “The only witness who offered direct evidence of guilt recanted his prior testimony. … Moreover, the Court was made aware of alternative suspects with violent criminal histories.” A spokesperson for the Attorney General's Office said that Fitch wouldn't comment further on the case out of respect for the families involved.

Fitch’s decision doesn’t prove that Flowers is innocent, but it does absolve him of blame. And her move to dismiss the case with prejudice — a rarity in criminal cases — means she took an extra step to ensure that he is never tried again for the murders at Tardy Furniture.

Flowers’ attorneys were jubilant on a Zoom call Friday evening. They described the dismissal with prejudice as being similar to an acquittal. “He’s totally out from under these charges after 23-and-a-half years. … They literally cannot prosecute him again,” McDuff said. “We don’t have to worry about Doug Evans coming back behind the attorney general and charging Curtis again. That can’t happen.”

“The words ‘with prejudice’ are like a talisman,” said Henderson Hill, another of Flowers’ attorneys. “His innocence was just very clear, really without contestation.”

With the charges against Flowers dropped, the restrictions on his freedom disappeared as well. The ankle monitor that had tracked his whereabouts since December was deactivated remotely on Friday afternoon. He was able to remove it himself.

Flowers, whose tight-knit family is spread across several states, is now free to travel and to pursue the hobbies he spent years pondering in prison: cooking and performing gospel. Though his mother, Lola, died in 2018 at 70, Flowers and his father, Archie, still sing together often.

The Flowers family asked for privacy in a statement Friday. “We are so happy and blessed that the weight of this case has finally been lifted from Curtis’ shoulders. We ... are looking forward to the future knowing that our brother will not be going back to prison."

"Mom, I hope you are taking a minute to smile down on me," Curtis said in his statement. "The day I've prayed for is here at last."

Flowers may be eligible for $500,000 from the State of Mississippi, which offers compensation for up to 10 years of wrongful imprisonment. To get that money, Flowers will have to file a civil claim and show that he didn’t commit the crimes he served time for, which may be difficult. Proof of innocence often comes in the form of DNA evidence implicating an alternate suspect, which simply may not exist in the Tardy Furniture case. The murders of Bertha Tardy, Carmen Rigby, Robert Golden and Bobo Stewart remain unsolved.

Though this chapter of the case is closed, the years since July 16, 1996, have yielded few answers and little accountability.

The three law enforcement agencies originally involved in the case — the Winona Police Department, Montgomery County Sheriff’s Office and Mississippi Highway Patrol — haven’t commented on whether they intend to reopen the investigation. The Tardy Furniture file remains hidden from public view at the Mississippi Attorney General’s Office, though In the Dark has requested its release.

And Evans remains in office. He has been the chief prosecutor in a district that covers seven central Mississippi counties for nearly 29 years. He’s the subject of at least one bar complaint and a federal civil rights lawsuit, though they may not lead to Evans being disciplined. Despite those legal challenges, the national controversy over his handling of the Flowers case and an excoriation by the Supreme Court, Evans was reelected to another four-year term as district attorney in 2019. He ran unopposed.

Parker Yesko   pyesko@apmreports.org   @parkeryesko
Sign up for email notifications
Enter your address below and we'll let you know when there are updates in Curtis Flowers' story.