More states are now requiring districts to adopt curriculum that adheres to the science of reading. 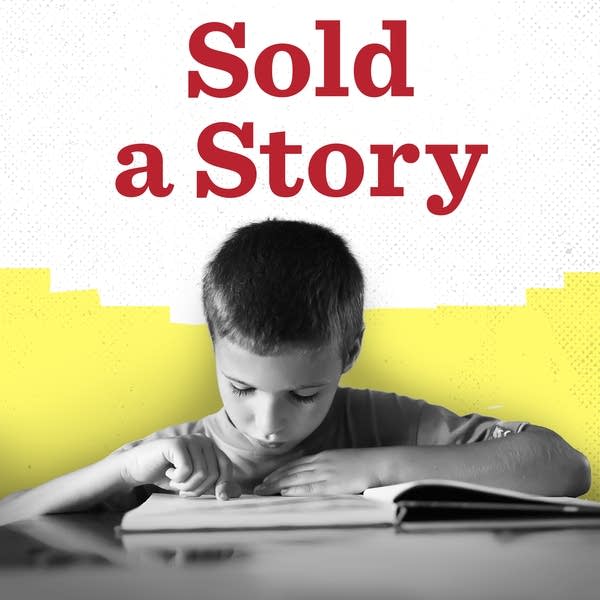 EPISODE 6
The Reckoning
Lucy Calkins says she has learned from the science of reading. She’s revised her materials. Fountas and Pinnell have not revised theirs. Their publisher, Heinemann, is still selling some products that contain debunked practices. Parents, teachers and lawmakers want answers. In our final episode, we try to get some answers.

Until this year, the Denver Public Schools didn’t have a uniform way of teaching elementary school kids to read. The district trained its educators in routines, like guided readings of story books, in which a teacher supports a small group of students reading a text. But there wasn’t a consistent core curriculum for schools to follow. In 2020, the district had more than two dozen programs being used in its 94 elementary schools, including Benchmark Advance and the Units of Study that state officials said weren’t aligned with reading research.

“We had stagnant literacy scores for years and years,” said Jennifer Begley, the district’s humanities director. “We were still always doing 60 minutes of guided reading. But we just weren’t seeing a shift and a change.”

But then the Colorado Department of Education spurred the district to overhaul its approach, she said. Because of a 2019 law, Colorado required districts to use an “evidence-based and scientifically based” reading program. Teachers had to go through 45 hours of training to understand what scientists had learned about how skilled reading develops. And the state prohibited some funds from being spent on curricula like the Units of Study, which its reviewers said relied on a theory — disproved by numerous studies — that encourages students to rely on picture and context clues, along with the letters, to identify words.

In 2021-22, every school district in the state that was still using the Units of Study or Fountas & Pinnell Classroom, two Heinemann-published curricula rejected by state reviewers, dropped them as core reading programs.

Colorado’s close attention to reading curriculum makes it something of an exception nationally, though a growing number of states are starting to follow a similar model.

In many states, it’s generally up to school districts to figure out what curriculum will be most helpful for teaching kids to read. But a growing number of states, like Colorado, are now requiring districts to select programs backed by evidence — some specifying scientific evidence, in particular — and they’re providing lists of programs meeting that criteria.

APM Reports reviewed laws in all 50 states to compare how they vet instructional materials in reading, what their officials have said about Heinemann programs, and how their laws on reading instruction have changed recently.

Morgan Polikoff, an education policy researcher at the University of Southern California, said state departments of education seem to be realizing it’s irrational to have America’s 13,000 school districts each trying to judge programs’ effectiveness on their own.

In much of the country, “the state doesn’t really say anything about what materials districts should adopt. As a result, district adoptions are all over the map. You’ve got hundreds or thousands of individual districts in each state making these simultaneous adoption decisions, using their own complicated rubrics and processes,” Polikoff said. “It doesn’t make any sense.”

But Polikoff said he’d observed that states are changing their approach, “offering more concrete expectations for what districts are supposed to adopt. … You’re still leaving adoption decisions up to locals, but you’re definitely constraining the choice set.”

Curriculum provides the guide for teachers’ instruction. Even as teachers modify it for the students in front of them, the sequence of lessons plays a key role in what students learn. And researchers have found there are big differences in what those programs include, especially in their sequence of decoding lessons and coverage of important vocabulary.

Slightly more than half the states have a process for vetting reading programs. Most of those are “adoption” states. Every seven years or so, those states hold an instructional materials adoption. They evaluate textbooks, usually to decide whether they cover the state’s expectations of what students should be learning. Until about a decade ago, making the list in those adoptions had been the only way publishers could get into the nation’s biggest markets, like California and Texas.

Some experts worried that those adoptions weren’t leading to higher-quality materials. When states were only checking for standards alignment, publishers could win approval by filling their programs with an overwhelming amount of material, more than a teacher could fit in a year's worth of lessons. A program might check off all the requirements without any evidence of effectiveness.

Recent legislation, though, is reorganizing the map, with more states putting an emphasis on alignment with reading research. And some states that had previously been more of a free-for-all — referred to as “open territory” by publishing companies — are also putting out lists of approved instructional materials.

Still, even among that group of states that vet curriculum, only 12 states require districts to pick from their list or obtain a waiver.

The lack of state oversight across the country has helped Heinemann, the publisher most closely associated with a “balanced literacy” approach. The company skipped most state reviews and sold its programs directly to districts. Its two core reading programs both received failing scores from EdReports, a nonprofit group that evaluates curricula.

APM Reports reviewed lists of approved instructional materials in 22 states to see if any of Heinemann’s programs met requirements. None of its core reading programs made those lists. Many state officials we checked with said that’s because Heinemann didn’t submit its programs for review. In a few cases, such as in Colorado, Arizona and Louisiana, where reviewers did evaluate Heinemann programs, they did not meet requirements.

Since 2019, at least 26 states have passed laws intended to help teachers learn about the science of reading or get schools to implement what researchers have found about how kids learn to read.

Critics of those laws say they limit what’s available to educators. Rachael Gabriel, a professor of literacy education at the University of Connecticut, has compared bans on “cueing” — the theory disproven by cognitive scientists that readers should be taught to use context and picture clues to identify unknown words — to laws that prohibit teaching about race and sexuality in schools.

“It’s that same notion of saying we are going to narrow what’s possible and control the heck out of it,” Gabriel said at a conference this spring hosted by Lucy Calkins’ group, the Teachers College Reading and Writing Project at Columbia University. She said these laws come out of “a stream of authoritarianism,” with “this distrust of expertise and of universities and of science and the sort of traditional ways that we would authorize good science.”

Many educational experts agree that just buying a different curriculum does not mean that students will automatically learn to read. There’s so much more required for good instruction, including highly trained teachers.

“You have to have teacher knowledge, appropriate assessments, ongoing professional development, and collectively, just a commitment to continuous improvement,” said Floyd Cobb, the Colorado education department’s associate commissioner for student learning. “What you want to be able to do is make sure all the legs of the stool are fastened together in a solid way.”