One year after the first regulatory reform in 15 years, one lawmaker says the state’s tools are still not strong enough. “There are certain violations that absolutely merit a facility being shut down.” 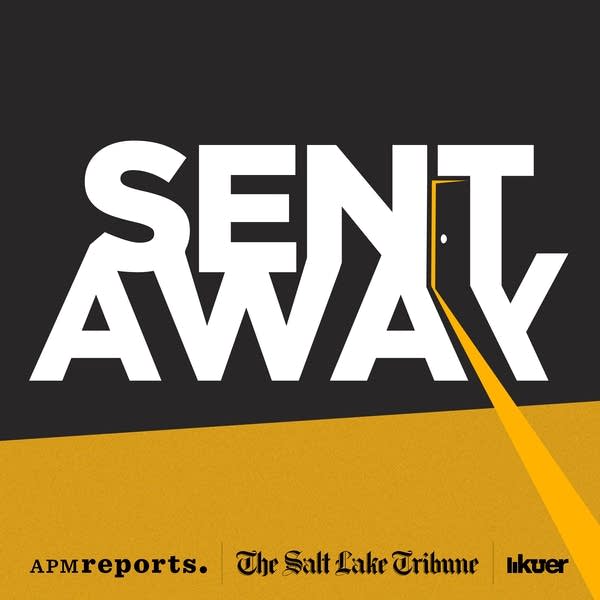 EPISODE 7
We Failed You
The power of speaking out — and of celebrity. Paris Hilton goes public with allegations against Provo Canyon School. And she sparks a movement. Others share their stories. And a lawmaker hears them.

A year ago Utah legislators enacted more regulations of Utah’s massive teen treatment industry, the first increase in oversight for more than a decade.

The new regulations came in response to increased scrutiny in recent years of youth treatment programs amid allegations of mistreatment and abuse, including accounts from celebrities like Paris Hilton.

Today state regulators have a clearer picture of what goes on in Utah's more than 100 teen treatment programs. But did the reform efforts work?

What the data shows

The reforms increase what types of incidents are required to be reported to state regulators.

The information — called critical incident reports — is generated after a kid’s health or safety is jeopardized while they are in a program. A report could come from facilities, parents, or other staff and now have broad parameters: they can note a runaway, a sprained ankle playing sports or more serious allegations of abuse or misconduct. They provide some visibility into what goes on at troubled-teen facilities.

A new data analysis of the reports show that state regulators are finding more rule violations after these critical incidents are reported than ever before.

The Office of Licensing, which is the government agency that oversees these types of treatment programs, cited programs more than 200 times last year. That’s twice as often as the year before, prior to the reform. And it’s a huge increase from six years prior when, in 2016, regulators found just four violations.

As a part of the new law, the Office of Licensing expanded the types of incidents that facilities are required to report to the state. Programs must now report to officials, for instance, any time a child is held in a restraint, whether they are injured or not.

These new reports make up a sizable percentage of rule violations in 2021, the data shows. In that year, one out of every five rule violations were found after programs reported that staff had held a child in a restraint without injuring them. Before 2021, those incidents would not have been investigated.

More reporting and more rule violations
Utah's Office of Licensing gathers reports of abuse and neglect at the more than 100 teen treatment programs it regulates. When it receives a report, it investigates and determines whether the program broke any of the rules that are supposed to protect the children under its care. In 2021, the Office of Licensing found more than 200 rule violations, the most in the past six years. Last year was the first time that programs began reporting every time that a child was restrained, whether they were injured or not. This new category of critical incident, in which a child was restrained but not injured, accounted for one in five rule violations in the past year.
SOURCE: Utah Office of Licensing. DATA: Will Craft

‘We need to hold these programs accountable’

Amanda Slater was the top regulator of teen treatment programs for three years before recently moving to a job within the state’s Department of Health and Human Services. She said the new law is making a difference in Utah.

“I think that it’s giving us a better picture of what’s happening in these programs and then the availability to act sooner, not wait until something bad happens,” Slater said.

Before the new law, inspectors typically visited treatment programs only once a year, and they were scheduled. “If we’re only going in there once a year, and it’s announced, most people would clean up their house before you show up,” she said. “You don’t always find the problems.”

It’s also clear the government has gone through a philosophical shift about its role in overseeing the treatment programs. Previously, Slater and other licensing directors described their regulatory role as “technical assistance,” with the goal of working with the programs, rather than being punitive.

Slater noted that last year her office took more punitive measures against teen treatment programs. “I have realized that we need to hold these programs accountable,” she said.

However, the bill’s sponsor, state Sen. Mike McKell, questions whether the increased oversight is enough. “I think we need to enhance the tools,” he said. “Straight up, I think our tools are not strong enough today.”

In July last year — two months after the implementation of McKell’s reforms — a 9-year-old boy died after being left in a hot car at a day-treatment facility called Roost Services. In January a girl died at Maple Lake Academy, a teen treatment facility six miles from McKell’s home. State regulators say she died after not receiving “necessary medical care.”

“We need to acknowledge that a kid, post Senate Bill 127, is no longer with us,” McKell said, referring to the oversight reform measure. “And that's extremely, extremely troubling to me.”

McKell didn’t bring a bill to further strengthen state oversight during the most recent legislative session. But he said he hopes to debate whether more regulation is needed during an interim session.

Jessica Miller   jmiller@sltrib.com   @jm_miller
Will Craft   wcraft@apmreports.org   @craftworksxyz
Sent Away is an investigative podcast from APM Reports, KUER and The Salt Lake Tribune. The reporting is funded in part by Arnold Ventures, the Corporation for Public Broadcasting, and the Hollyhock Foundation. See more collaborative reporting.
Don't miss our next investigation
Enter your email below to receive notifications of new stories.