Editor-in-chief of The Hechinger Report, Liz Willen, shares what she's heard from high school seniors who are feeling anxious and overwhelmed as they face pandemic-fueled challenges.

This year's high school seniors have lost out on prom, graduations and other highly anticipated events. For some, the Coronavirus pandemic has totally upended their plans for the foreseeable future, as family income is threatened and as some campuses remain closed for the fall. Liz Willen is editor-in-chief of The Hechinger Report, a nonprofit news organization that covers K-12 and post secondary education. In recent weeks, Willen has been speaking with seniors and their families to learn more about their decision-making process while keeping a close eye on the schools rapidly changing responses.

The transcript below has been edited for length and clarity. 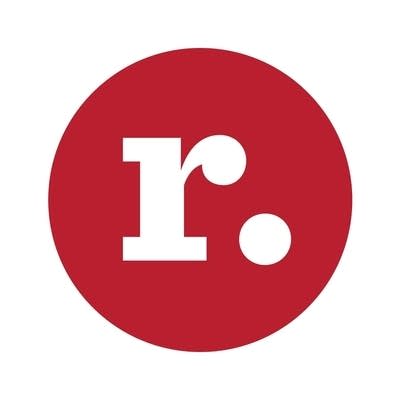 STEPHEN SMITH: Liz, you've been speaking to high school seniors who face a lot of uncertainty about what they're going to do after graduation. Tell us about the students that you've talked with.

LIZ WILLEN: They're experiencing the interruption of their senior year, so there was already a lot of sadness. But they had at least the idea of, Well, when it's all over, I'm going to go to college in the fall. Well, now a lot of them have not been told from the schools that they've been accepted to if the campuses are even going to open in the fall. So they're trying to decide, Well, should I go if it's going to be more of an online experience, considering I've been sitting in my bedroom since March finishing my senior year online? That's one problem. The other, more complicated problem is that for many of them, their parents are suddenly out of work or on the verge of possibly losing their job. And the four-year experience they had planned for, both financially and in other ways, suddenly looks to be impossible or almost unattainable at this point.

STEPHEN SMITH: What are some of the things that they're thinking about doing after graduation to adapt to the uncertainty of what's happening next fall?

LIZ WILLEN: That's the hardest part about all this for many of these students, because they just don't know. Are those colleges going to be open, or will they be at home starting online? Will they have to pay the same amount of tuition to take online courses? That means not having any of the fun of being away at school: of living in a dorm, of meeting your roommate, going to parties, or sitting in different courses to see what professors are like and then deciding which courses you're going to be taking, taking advantage of all of the amazing resources, the sports facilities, the science buildings, the libraries. Right now, those are just things that are in photos.

STEPHEN SMITH: What are you hearing from parents and guardians that you have been talking to about how they are advising these would-be college-bound students and what they think about making that investment at this point?

LIZ WILLEN: There's a lot of uncertainty and dismay, because as always it depends on the financial situation a family is in. I have heard from a lot of parents that what they'd really like is to have their student do a gap year. Not all colleges are willing to accept a gap year at this point, because they want to see plans. Well, how do you make a plan to have a gap year and go abroad when you don't know if you'll be able to even travel or go abroad? And also colleges, in turn, are really concerned about the lack of revenue. They're already worried about losing a lot of international students. And it's a fragile time for higher ed when they're not sure how many students they can count on coming back, especially since that's how they raise their money. Tuition is their big way of raising revenue, so the parents that I've spoken to are feeling a lot of uncertainty about whether they should send their children.

STEPHEN SMITH: Tuition is one obviously important source of revenue for a college. But room and board and activities are also a substantial part of what keeps a college going as well financially.

LIZ WILLEN: Absolutely, and that's really frightening. I think that colleges right now are in a really tough position. They need to be able to say, We're going to open and yes, you can come here if you're an international student and yes, we'll have financial aid for you and our campuses will be open. But they literally can't say any of those things yet. They don't know! They keep putting off deadlines and their websites are full of caveats and full of potential updates of different scenarios, but none of them are certain at this point.

STEPHEN SMITH: What do the surveys, public opinion polls, show about the overall concerns of high school seniors. How many of them are, in fact, reevaluating their plans?

LIZ WILLEN: Lots and lots of them. I mean, in a survey we reported on recently, 44 percent of high school juniors and seniors said that the virus has caused them to change their plans in order to pay for college, while 58 percent say they are now more likely to take out a student loan. There was another survey we looked at that found parents are not only skeptical of online education, they're unsure if they want their children to enroll in it at all if campuses can't reopen. And you can't blame them. I just put two kids through college, and it's an incredibly expensive option. But the whole value of it is to be on campus and to not just be talking to a professor online.

STEPHEN SMITH: Did any of those high school seniors you talked to talk about the possibility of changing what they plan to major in because of the state of the economy now and going forward?

LIZ WILLEN: Well, interestingly two of the high school students I spoke with are going to be studying nursing. And, if anything, this experience of watching our healthcare workers become valued by society and listening to the nightly cheers has made them still feel good about that choice. The ones who are a little bit more uncertain, who were thinking, I'm really interested in philosophy, or I really am interested in literature, they are feeling more confusion about what they can actually experience when they get to college and whether they're going to have to change their timetable.

STEPHEN SMITH: Are universities and colleges trying to assure students that there will be jobs for them once they've earned a degree from that institution? And if so what sort of messages are they sending?

LIZ WILLEN: I got a press release release today from Colby College in Maine that says it's going to roll out a plan to guarantee that all students have jobs. I think they're going to be tapping into their alumni networks and doing a whole big campaign around that. But I think it's impossible to guarantee that anybody's going to have a job right now. The unemployment rate is high and climbing. Our economy is still shut down in many places. It is a frightening time to be a recent college graduate and a frightening time to be headed to college with enormous uncertainty about what you're going to find on campus, not to mention whether you'll be graduating into an economy that's vastly improved within the next four years.

STEPHEN SMITH: I know that recently, the president of Brown University wrote an op-ed saying that residential schools really ought to try to reopen and, among other things, they ought to be prepared to put up students who test positive for the novel coronavirus in a hotel somewhere. That prompted yowls of disagreement from some other college and university officials saying, You know, we don't have that kind of money. Might this pandemic exacerbate the rifts between these institutions?

LIZ WILLEN: Yes, there's no question that the schools with the larger endowments and greater resources will have more of an ability to weather this. On the other hand, even Brown is hearing that students don't want to pay their high tuition rates. Some parents are demanding refunds because the experience their students are having this last semester — these online experiences — have been shoddy. There are a lot of professors who were not equipped or ready to teach online learning. It's not the same thing as being in a classroom or in a seminar. So parents are saying, Hey, I want to have a tuition refund, and Brown University, for example, is saying, Sorry, there's no such refund coming. So, yes, they might be better positioned to weather this in the long run. But will families — even those of means — be willing to shell out that much money with that much uncertainty?

STEPHEN SMITH: Do you have any sense of how many students — either who are already in college or have been accepted for the fall — are thinking of simply taking a gap semester or a gap year? And how accommodating do you think schools will be for that?

LIZ WILLEN: A couple of people that I've talked to have tried to speak to the colleges about gap years, but a lot of colleges have a limit. Since they're anxious about filling their quota for the fall of expected students, I'm hearing that a lot of them are not going to be all that flexible and willing to grant a gap year at this point. I'm sure it's case by case. But, anecdotally, what I've heard from a lot of parents is that they've been discouraged deeply from that.