There may be nothing more important in the educational life of a child than having effective teachers. But the United States is struggling to attract and keep teachers.

Poor schools in urban and rural areas have something in common: Teachers are leaving, and it's having a big impact on kids.

"I don't know any math," said Cierra, a high school student in rural McDowell County, West Virginia. Last school year, when Cierra was a junior, her math teacher quit in the middle of the year, and a sub with no training in math education filled in. She had a string of subs in ninth and 10th grade math, too. "You can hand me like a freshman-year math and I'm like, 'Um, no, I don't know, I'm sorry.'"

For poor rural schools, the problem has a lot to do with larger forces tearing away at the economies of rural America, making it hard to both attract teachers, and hold on to them.

Poor schools both urban and rural have this in common: Teachers are leaving and it's having a big impact on kids. https://t.co/HmjHaWp4O8

In cities, poor schools are having a particularly hard time holding on to African-American teachers. It's a big problem when it comes to black male teachers because there are so few of them to begin with. Only 2 percent of teachers are black men. Yet, there's lots of evidence that students benefit from having black teachers, and that more black men in a school building may be especially important for black boys.

"Our schools should look like our country," said Robert Parker, a teacher in Philadelphia. He's part of a group trying to recruit more black men into teaching, and to get them to stay.

This APM Reports documentary tells two stories about the challenges poor schools in both rural and urban areas face when it comes to finding and keeping the teachers they need. 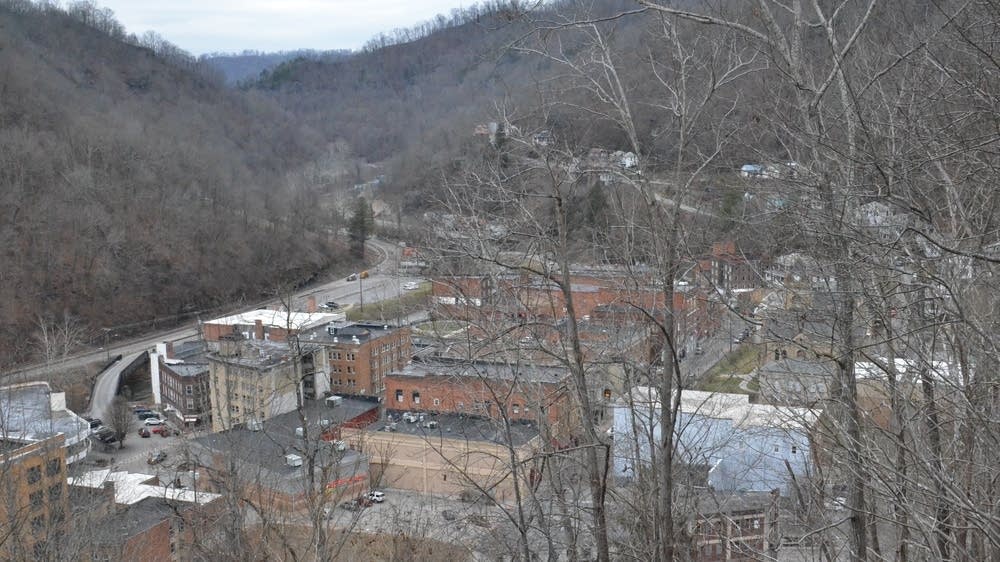 As in many parts of the country, remote McDowell County in West Virginia is having a hard time finding and keeping teachers.

Vacancies are often filled by substitutes unqualified for the roles they must assume, and the isolated location deters many new hires. 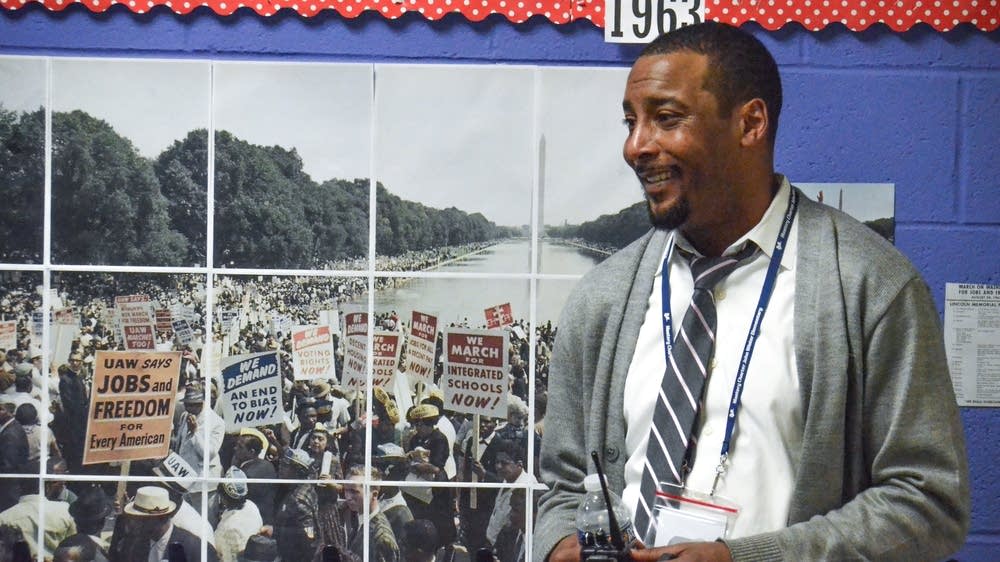 "Teachers would just send them to my room because I built a connection with them," said Weaver, who taught sixth- and eighth-grade math. "Sometimes I wouldn't even know. I'd just get a note, and, like, I have kids sitting in my class."

Black men in schools across the country say they're admired for their way with tough kids — but they worry that often, they're seen as only that, and not as great teachers. The Fellowship is a nonprofit seeking to more than double the number of black male teachers in Philadelphia by 2025. Part of the idea is that if there are more black men in education, they'll be less likely to be stereotyped.

Teaching is not a top career choice for men of any race.

But more men are going into teaching. There was a 22 percent increase in the number of male teachers between 1988 and 2012. The increases were especially large among Hispanic and Asian men. The increases have been more modest among black men. 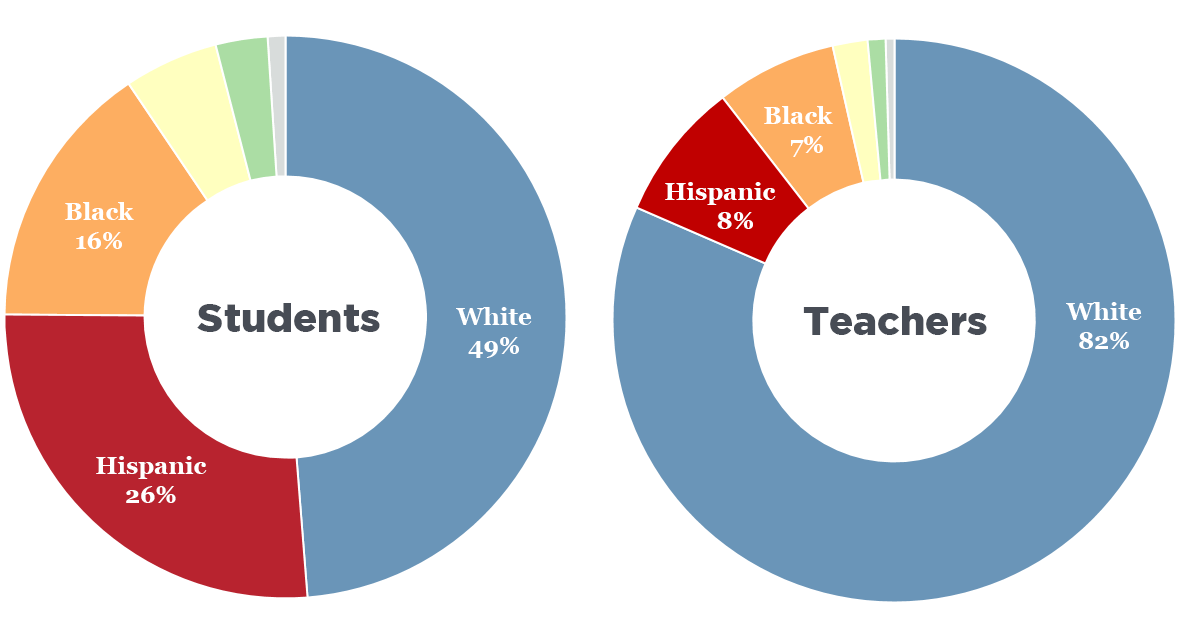 Support for this program comes from Lumina Foundation and the Spencer Foundation.

Image at top: Teacher Christopher McFadden is a member of The Fellowship, a group in Philadelphia trying to recruit and retain black male teachers.Emily Hanford | APM Reports 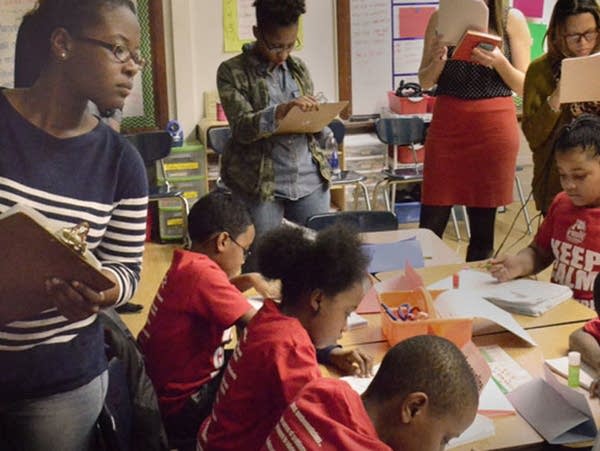 What would it take to improve American teaching on a wide scale?
Testing Teachers 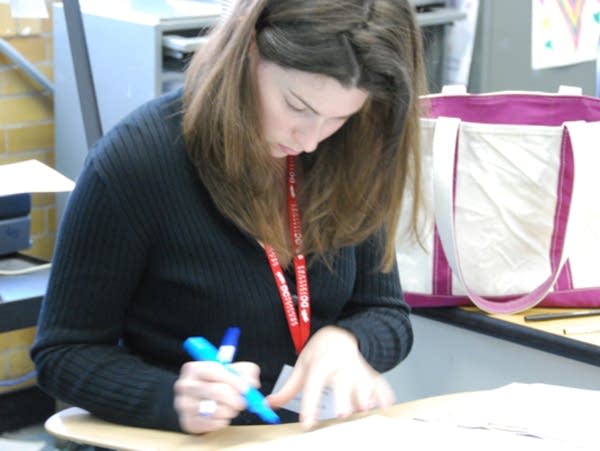 Are student test scores the right measuring stick for teachers?

We're interested in hearing what impact APM Reports programs have on you. Has one of our documentaries or podcasts changed how you think about an issue? Has it led you to do something, like start a conversation or try to do something new in your community? Share your impact story.