Are we asking too much of America's high-poverty schools?

"What if school alone is not enough to move people out of poverty?"

That's the question Linda Lutton set out to answer with her documentary, The View From Room 205. In the piece, which we ran two weeks ago on the podcast, Lutton documents her year with a fourth-grade class in one of Chicago's poorest neighborhoods. As an education reporter with WBEZ in Chicago, Lutton had seen many attempts to fix schools. But after more than a decade on the beat, it wasn't clear to her why so many poor schools were still failing.

For this week's podcast, APM Reports senior correspondent Emily Hanford interviewed Lutton about what she learned in her year reporting at William Penn elementary. The lessons were complicated, and heartbreaking. Hanford read some listener questions to Lutton, and there was one in particular that she found difficult to answer. So she wrote us an email after the interview and asked that we include her thoughts in this post.

The listener wrote: "I want to ask Linda what can I, as one person, do to make a difference for these children and their teachers."

This is by far the most frequent question I've gotten about the piece — and it DOES make me think...

I know many schools find volunteers and tutoring programs helpful, so I'd say SURE, get involved. Making a difference one person at a time DOES MATTER.

But I also think it's important to recognize that our country CAN change the socio-economic climate that children live in, and individuals play a role in pushing for that to happen. Other governments (for instance Great Britain in the early 2000s and Ontario, Canada, more recently) have set goals for the reduction of poverty. Our country has not had a poverty reduction goal for more than 50 years.

I think individuals can push to change that. There are other things individuals can do as well. If you live in an area that has relatively few poor people, you can question why. You could work to end zoning restrictions and other policies that keep low-income people out — and support affordable housing initiatives that would allow lower-income families access to your neighborhood and schools.

I really like the response I got from one listener. She passed The View from Room 205 on to her mayor, her representatives in Congress, and her governor. In her email she told me, "Thank you... for reminding me that I, as a parent and community member, have a continued responsibility to be an activist for my neighbors, my schools." 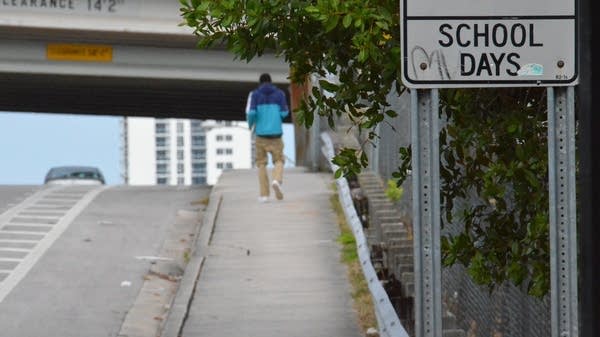 Here are links to researchers and articles that Lutton noted were influential on her work: