A state law says Maine high school students have to prove they have mastered specific skills to get a diploma.

In the United States, more than half of recent high school graduates who go on to community college end up taking remedial courses. That means high school didn't teach them everything they needed to know to be ready for college. Some people are trying to change the way school is structured in order to make sure all students master a pre-determined set of skills. It's an approach called competency-based learning.

"The basic idea there is that kids are judged on having achieved a certain level of mastery in a skill as opposed to having completed a course," said Lillian Mongeau, a reporter at the Hechinger Report, in an interview for the Educate podcast. Some of the key components of this approach are that students must master a skill or competency before they move on. If they are having trouble mastering a specific skill, they can get help from their teacher and get tested multiple times until they get it. In the traditional system, a student takes a test, gets a grade and moves on to the next lesson, even if their command of the material is shaky.

Mongeau wrote a series of stories about competency-based education (also called mastery-based and proficiency based learning). Maine has a law that requires all schools to convert to a proficiency-based diploma by 2021.

Related: One Child at a Time: Custom Learning in the Digital Age 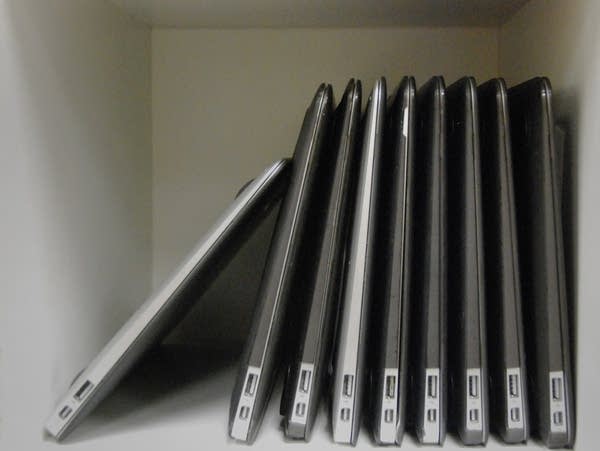 Learning with a personal tutor is one of the oldest and best ways to learn. Hiring a tutor for every student was never a realistic option. Now, new computer programs can customize education for each child. But adding computers to classrooms isn't likely to help unless teachers are willing to change their approach to teaching. Listen to our documentary.

"The idea in Maine is that if all diplomas are being awarded based on proficiency then the diplomas will be somewhat equivalent to each other and they'll really stand for something concrete," Mongeau said.

"We want the diploma to have meaning again," said Chris Sturgis, co-director of Competency Works, an advocacy organization. "Because students are graduating in our country who can barely read at a high school level, and that is a failure of our education system."

In this podcast episode, we hear from Kylee, a student at Nokomis Regional High School in Newport, Maine, who struggled at the beginning of the year in an honors algebra class.

"I wouldn't know how to do certain things," Kylee said in an interview for this podcast. "I'd have to get lot of help and I'd study for my test and everything and then the test day would just hit me and I'd draw a blank."

Before competency-based learning came to Nokomis, Kylee's teacher Ellen Payne said teachers sent students on to the next level, even if they got a mediocre grade on a test.

"We'd be like, 'Well I'm sorry you're going to have to do better next time,'" Payne said. "You know we didn't go back and re-teach new material. We thought it was in their best interest I think because we thought, 'Well they'll be lazy and not keep up if I allow them to do that sort of thing.'"

But this year, Kylee got to go back and work on the parts of the test she didn't understand. She got to take the test again and prove she got it. And she ended up with a better grade in math. Now, Kylee's looking forward to honors math next year.

To hear more of this story, listen to the audio player above or, better yet, subscribe to Educate.